It was an old black and white photograph. There was nothing particular about it. Yet, it caught my attention. And I must have glanced at it only for a moment. With my sister, we were going through old papers of my mother, trying to think of things to keep and those that could be given away or may be thrown away. 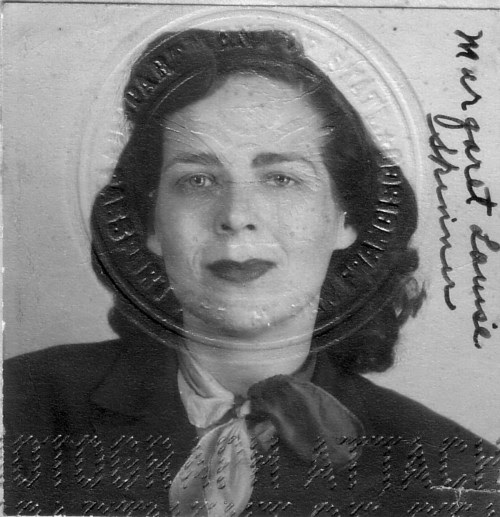 There were too many things to be looked at, so we were just trying to look for really important things, and to keep them separately. At the rest, we could take a look later.

"Margo", I told my sister, showing her the picture. The name of the person in the picture had come to me in a flash. There were two of her pictures there and a postcard. I had put them in the bag of things that I wanted to look first.

My mother's diary was the most important thing among those papers, and it was the first thing I did - transcribed it on computer. Day after tomorrow, it will be three months since she died. Going through her papers, her diaries, her pictures, is perhaps my way of trying to hold on to her memories.

So yesterday, while going through some of my mother's papers, I again saw that black and white picture of Margo. It has her signature on it, with her full name, Margaret Louise Skinner. But she liked being called Margo, I remembered it.

I had met her in Hyderabad in June 1960, when I and my other sister, had gone there to spend the summer holidays with our father, who was working in that city at the office of Socialist party. I have a vague memory of going some where with Margo and my mother on a rickshaw. At that time, I had no idea of who she was and what she was doing in Hyderabad. She was obviously angrez, a foreigner and a friend of my father. I also thought that she was somehow related to Socialist party, perhaps someone admiring Dr Lohia, the socialist leader - I don't think that anyone had said it to me, I must have assumed it.

Some months or may be a year later, when we were back in Delhi, I remember her parcel from the USA. There were two animal figures like soft and furry gloves in the parcel, where you can put your hand inside the glove, put fingers in the eyes or mouth of those animals and move your fingers to make them move like puppets. It also had some make-up things like lipsticks and eyeliners for my mother. I remember looking at those gloves once, but I never found them them again and slowly I forgot about them. May be my mother had put them away as they must have been very precious because you couldn't have found something similar in India in those days. Or perhaps, she gave them to some body?

Those childhood memories, sharp and vivid once, slowly faded as I don't remember hearing her name again. Some of those things came back, as I looked at her pictures.

The postcard is from Florence, it has a postal stamp of 19 January 1961. The card is addressed to my father and she has signed it as "M". In the card, in small and neat handwriting she talks about her stay in Florence and the things she has seen in the city ("staying in a pension, for 5 dollars a day, including three wonderful meals and wine"). She also wrote that was getting ready to leave for Paris and then to take the boat back to New York. 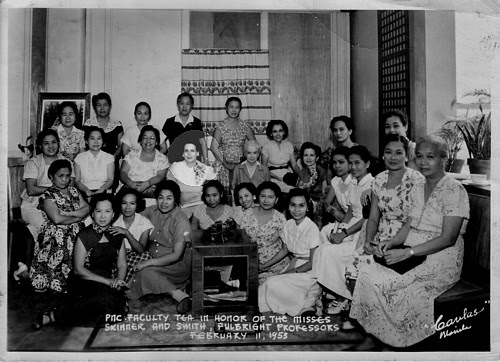 I did an internet search and discovered somethings more.

One Margaret Louise Skinner was born in San Francisco on 10 April 1921, and she had died in 1992. In 1990, together with a person called Fritz Leiber, she had published a book of poems under the name of "Margo Skinner" titled, "As green as emeraude" (Dawn Heron Press, USA).

There was another Margaret Louise Skinner, born in 1921 in Kentucky, who had also died in 1992. She was married but didn't have children.

I couldn't find any of their images on internet, so I was not sure if poet Margaret was the Margo I had met in Hyderabad or was it the Kentucky one?

I tried to look for more information on the poetry book and found my answer. Among the titles of her poems there are - At an Indian wedding, At Mahabalypuram, Vishnu and ... To Deepak.
Posted by Sunil Deepak at 17:46