Sexing the Transman - the path to manhood

"Sexing the Transman" is a 2011 documentary film on FemaleToMale (FtM) transexual persons by Buck Angel. I saw this film in "Divergenti 2013", the International Trans Film Festival in Bologna (Italy) organized by Movimento Identità Transessuale (MIT - Italian Transexual Identity Movement) in the first week of May.

I had never really thought about FtM transexual persons before. More than a decade ago, during a research on sexuality and disability, I had read something about difficulties of surgical construction of penis in the FtM persons compared to the relative ease of constructing a vagina in MtF transexual persons, but somehow, after finishing my research I had never really thought about it.

As general public, we are much more aware of the Male-to-Female (MtF) transexual persons, especially in terms of the stereotypes of flamboyant and exotic personalities that are often used as caricatures to elicit laughs or as villains and perverted personalities in films and mainstream media. I do not remember seeing or reading about any FtM character in any film or book in any language. There have been a few films where women dress as a man (for example, Albert Nobbs, where Glenn Close dresses as a man in the 19th century Ireland to find a job and Yentl, where Barbara Streisand dresses as a man to get Jewish religious education), but in those films, the women do not really wish to be a man, they are only forced by circumstances to cross-dress.

If someone asks you to imagine and describe a FtM transexual person, that is someone who was born as a girl and who later became a boy or a man, what kind of person will you think of? If someone had asked me this question before I had seen "Sexing the Transman", I think I would have thought of femminine looking men. Now take a look at Buck Angel, who is the scriptwriter, producer and director of "Sexing the Transman", and also an actor in some adult XXX films, and ask yourself if he fits in with your ideas of a FtM person?

However, thinking that all FtM transexual persons are like Buck Angel, would be equally wrong. Like all human beings, FtM persons also come in all shapes and sizes. A trailor of the film on Youtube can give you a glimpse into some of them.

"Sexing the Transman" takes you into the largely unknown world of FtM transexual persons in north America through some in-depth interviews. People talk about their childhoods, their understanding of how they felt different, their alienation from their bodies, their decisions to make a transition to a male persona, the effects of taking male hormone (testosterone), the surgeries to get rid of their breasts, and most of all, the liberating effects of the transition on their lives.

Almost all the persons in the film have had some kind of surgical operation for the removal of their breasts. They say that breasts were non-sexual for them. After the operation and hormones, most of them feel an increased sensitivity of their nipples and understand the pleasure that comes from touching of those nipples. In a moving testimony, one of the guy explained the years of binding his breasts and covering himself with layers of clothes to hide them, and his joy in taking off his shirt in public after his breast removal operation - the joy of feeling naked skin.

Only one guy in the film has had surgical operation to get a penis. All the remaining persons seem happy with their slightly overgrown clitoris, treating them as penises. At the same time, those who do not go through the operation for the construction of a penis, they have their vaginas. Many of them say that after the transition, they feel more accepting towards their vaginas and some of them agree that they also like being penetrated. Compared to non-trans guys, the FtM guys in this film seem very much relaxed about their bodies, open to experimenting different flavours of pleasure.

All of them agree that transition has changed their lives completely. Some of them are in relationships, some have sex with other FtM guys like themselves, some like sex with men, some others like it with women. These discussions clarify the differences between their gender preference and their sexual orientation. In terms of gender they all feel male. In terms of sexual orientation, they are very different - some of them are heterosexual (they like women), some are gay (they like other men or FtM men) and some like to experiment with men, women and FtM guys. 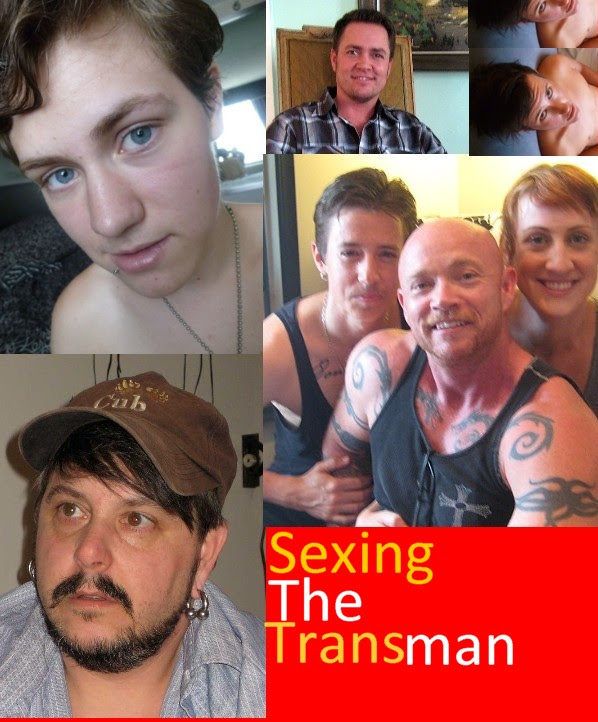 There are two women in the film, who talk about their sexual relationships with the FtM guys. One of them, Margaret Choo, is much more open to experimenting the different male and female roles in the sex with lesbians and with FtM guys. The other, Selene, looks at FtM guys exclusively as "male" and does not want to deal with the female parts of their bodies.

The film has a few explicit sex scenes, showing FtM guys having sex or showing their genitals and jacking off.

Some of the initial explicit sex scenes embarrassed me, especially the scenes of the couples (Sean and Dan, Buck and Fallen). I felt that the explicit sex scenes detracted from the film. If I was watching this film at home, probably I would have switched it off at that point. Fortunately I was not at home, but in a cinema hall and so I could not switch it off. After watching the full film, looking back, I feel that without those scenes, I would not have understood half as much. Or that I would have understood what it means to be a FtM guy only in theoretical/rational terms and not in emotional terms.

The film goes straight to the point and shows you how does it feel to be a FtM guy. As men, we are so much preoccupied about the length, width and the erection of our dicks, and the duration of our "performances". FtM world liberates you from such anxieties - you can still be a guy and have enormous pleasure and fun with sex even if you don't have any dick.

FtM world has its own jargon and the film touches on some of them. For example, "transition" is the process of changing from female to male persona, "top surgery" is breast surgery, "stone" is about ignoring your vagina during the sex, "Cis" is a person who was born as a male, and "strap-ups" are artificial penises that can be strapped up. Vaginas can be "lower half" or "the hole".

I have already written about the other film, "Nessuno è perfetto" (No one is perfect), that dealt with MtF transexual persons. These two films are completely different - "Nessuno è Perfetto" is melancholic and more about challenges, difficulties, emotions, love and relationships; while "Sexing the Transman" is more joyful and it focuses on liberation, having sex and fun. The two films give a completely different glimpses of the two transexual worlds, though both may be partial glimpses!

I feel that "Sexing .." could have benefited by having some older FtM persons, who had the transition some decades ago and who could have looked back at longer periods to share their experiences and challenges.

I wish that more people will see this film to get an understanding about an area that is so little known. It would make you look at male and female roles in more open ways, and in the process, understand and enjoy your own sexuality in more fulfilling ways.

***
I was thinking that transitioning from male to female or from female to male, can pose some specific challenges. The answers to those challenges may not be easy in the present system. Here are three examples of these challenges:

Alessandra, one of my friends in Bologna, was born a male and had married. Only after marriage, she understood her desire to be a woman and went through a surgical operation. After the operation, she asked to be recognized as a woman. However, after legal recognition, her marriage has been annulled, because Italian law does not recognize marriage between persons of same sex. Alessandra has still the same body and is the same person who had married to a woman, she still loves that woman and they still live together, but because she had an operation and she took some hormones, her marriage is no longer valid.

Another Alessandra, Mr. D'Agostino, writer of an Italian book about FtM guys called "Sesso mutante - i transgender si raccontano" (Changing sex - the transgenders tell their stories), decided to become a man five years ago. He had some surgery and took hormones. However, he does not want to get his uterus removed. On the other hand, according to the Italian law, to be recognized legally as a man he must get his uterus removed. Thus, inspite of his manly body, beard and deep voice, he still has a female name and on his documents he is a woman, that create lot of difficulties in the daily life.

In the film Trans-America, the MtF woman is with her son whom she had fathered before her transition. Yet, because she is a woman, she can't be a "father" of her son, and is obviously not his mother. The film does not pose this as a legal question, but more a question of relationship between a son and his father.

All these examples point to the way the male and female gender roles are closely linked in our societies to being father and mother in a family. Transitions confuse these clear boundaries, and create paradoxes.