The documentary film “God loves Uganda” by director Roger Ross Williams is about American christian groups who feel that they have a special mission for Uganda and about the impact of their work on different aspects of human rights in the African country. The film provides a glimpse into one of the forces that has shaped large parts of humanity in the last five hundred years – the force of cultural colonization. 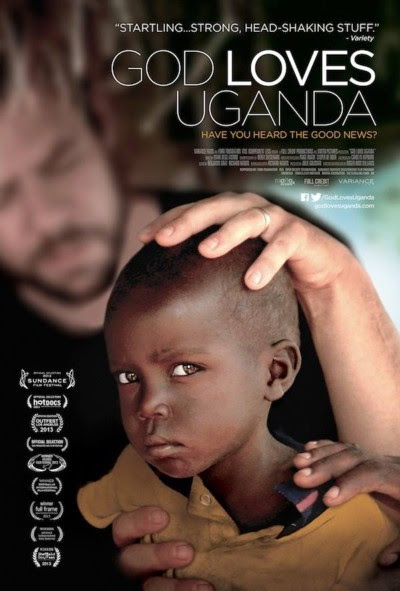 “God loves Uganda” is part of the international documentary film festival called Mondovisioni, that will be held at Kinodromo cinema in Bologna (Italy) in January-April 2014.

About five hundred years ago, the colonization era saw Europeans spreading out towards American, African and Asian lands. Exploiting the natural resources of the conquered lands was the most important goal of this colonization. It also resulted in actions that shaped millions of lives, including the decimation of indigenous populations and the slave trade. The conquering armies were accompanied by missionaries, who were supposed to take the word of “the only true God” to the heathen "to civilise them".

Thus colonization took cultural ideas from the old world and established their hegemony in the conquered lands. After the end of the second world war, as the colonies became free countries, they usually carried the legacies of the colonial rules in their national constitutions and laws. It has been difficult to shake off those colonial legacies. For example, even today, the laws made by the British in the nineteenth and twentieth centuries, continue to be the laws of independent India, including the infamous art. 377 of the Indian penal code that classifies homosexual relationships as a criminal offence.

“God loves Uganda” is about an evangelical American group who believe that all the answers of life are in the Bible. They have identified Uganda as the "God's land". About 84% of the population of Uganda is Christian, while another 12% is Muslim.

Groups of American young men and women are influenced by charismatic church leaders like Lou Engle and Rev. Jo Anna Watson, to spend parts of their lives in spreading the words of love, brotherhood, peace and the true teachings of Bible to Uganda. “One million missionaries, one billion converts and one trillion dollars of funds” is the dream goal of one of the groups’ leaders from a church based on an ecstatic trance kind of religious ceremonies.

The American evangelicals have opened their centres in Uganda where they recruit and train young Ugandans to spread their ideas among others. The Ugandan acolytes are accompanied by the young missionaries from America. They are relentless and aggressive, standing on street sides and shouting to people about the dangers of sinning and the urgency of coming to the path of the true religion. 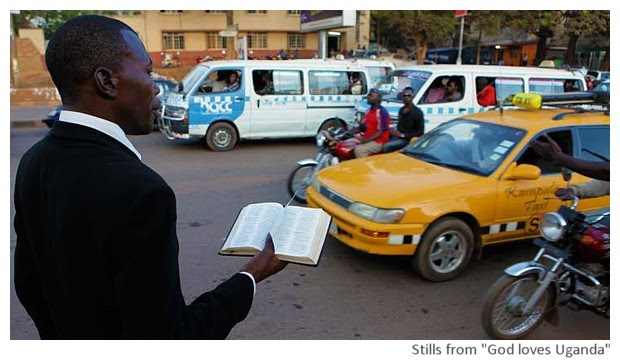 Persons like Rev. Kapya Kaoma and bishop Christopher Senyonjo, from Anglican church and traditional Ugandan church explain how the conservative ideas promoted by the American groups have taken hold among the general population, politicians and leaders of Uganda. These ideas touch on subjects like abstinence, adultery, use of condoms, abortions and homosexuality.

The film focuses especially on the conservative evangelical ideas about homosexuality and how those ideas have influenced the parliament debate in Uganda and resulted in the approval of a new national law that foresees a death penalty for homosexuals. At the same time, it has stoked growing intolerance in the public opinion towards gay, lesbian and transgender persons.

A sequence of the film shows a public meeting where evangelical pastor Martin Ssempa, through graphic images explains that homosexuality is all about licking assholes and eating shit, and thus needs to be punished by death. “The world, the U.N., all the countries have been taken over homosexuals. They will come and make your sons and daughters become perverts and homosexuals. Only we can stop them, it is our duty to stop them”, he thunders in the meeting.

Another episode of the film shows the funeral of a GLBT rights activist, during which the pastor criticises and asks the friends and companions of the activist, to give up being gay and lesbian, followed by attacks of goons on the persons who do not agree with his sermon.

The film is a frightening look at how good intentions, firm beliefs in God, peace and love, can become instruments of madness, murder and intolerance. That persons promoting and condoning these things are no scary zombies but rather next-door kind of clean-cut American and Ugandan young men and women, makes it even more frightening.

The American evangelical missionaries have actively collaborated with making of this film – they are very open in sharing their ideas and their activities. They are convinced that what they are doing is good and are willing to share everything about it. Their certainties in their religious beliefs makes any kind of dialogue and questioning difficult if not impossible. The strategy of American evangelical conservatives is to start by working with orphanages, schools and education system - by influencing and converting young people to their way of thinking. 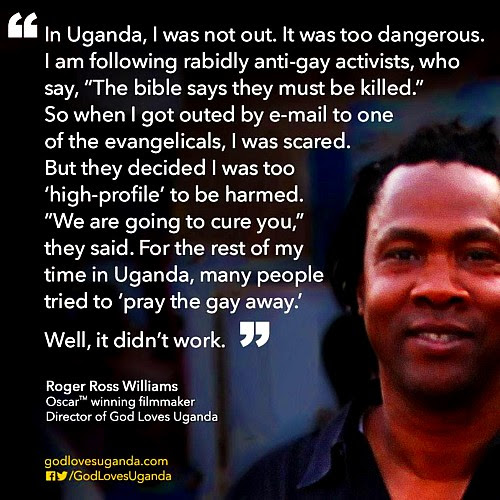 The world knows much more about the impact of Wahabi ideas on the promotion of a fundamentalist and traditional view of Islam in different parts of the world. Similar knowledge about impact of conservative evangelical groups is much less, though their role in promoting American wars around the world and the American government's resistance to use of condoms and family planning measures (especially under the Bush administration) have been talked about. "God loves Uganda" shows that they are not very different from their Wahabi brothers.

I had read about the strong views against homosexuality in countries like Uganda and Malawi, but I had imagined that these were due to “traditional African beliefs”! “God loves Uganda” shows that there is nothing "traditional African" about them - ideas of conservative evangelicals from USA have played an active role in arriving at this kind of public opinion and the intolerant laws.

“God loves Uganda” is a close look at how the desire of "helping others", promoted by persons with strong beliefs and lot of money, can influence and change a society's beliefs, and reinforce certain kind of ideas.

Wahabi islamists and evangelicals like IHOP (International house of prayer, Kansas, USA) are not the only ones who want to mould the world to their ideas. Other hardliners including conservative groups among Jews, Buddhist, Hindus and Sikhs, have been inspired by them and have similar ambitions, though usually their activities are focused in their own countries.

How these conservative religious views and processes are shaping our world and what kind of world will be there tomorrow? What role is played by the new technologies in the globalized world in spreading of such views? In the war between the ideas embodied in the United Nations’ declaration of human rights and the ideas of conservative religious groups, which ideas will dominate humanity in the coming decades? The film left me troubled, pondering on such questions.