Leela Naidu: The Person Behind the Image

I think that it was 1966-67 when Doordarshan had shown Bimal Roy’s 1960 movie “Anuradha” and I had fallen in love with Leela Naidu. In the film, she had played the title role of Anuradha, a famous singer and dancer, who follows the man she loves, an idealistic doctor played by Balraj Sahni, to the village where he lives and works. In the process, she has to sacrifice her passion for music and singing. From that movie, the favourite image I have is near the end, when she sings the haunting “Hai re wo din kyon na aayen”.

I think that the idealistic doctor played by Balraj Sahni in this film was one of the reasons that had given me the idea of studying medicine. No wonder the film has been a personal favourite and I have watched it many times. 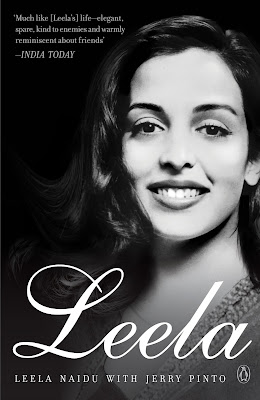 After “Anuradha”, I had not seen any other film by Leela Naidu for almost four decades. Only a few years ago, I had seen her looking older but still good-looking, in Shyam Benegal’s 1985 film “Trikal”. I had also been sad when I had heard about her death in 2009, at the age of 69.

A couple of months ago when I had come across her autobiography, “Leela – a patchwork life” (Penguin India, 2010), written with Jerry Pinto, I was very tempted to read it and at the same time, I was not very sure that it would be a wise thing.

Through experience I have learned that favourite film persons are better seen through the sepia tinted glasses of nostalgia. Knowing them as persons ruins their magic. However, in the end I had not resisted. The book has definitely changed my perception about Leela Naidu, the person behind the image.

She was born in France in 1940, during the second world war. Her father was a well-known Indian physicist (Dr Ramaiah Naidu), while her mother was a French musician. Through my own experiences of living in Europe and my mixed Indian-Italian family, I could relate easily to her descriptions of growing up in France and Switzerland, and experiencing the casual discrimination and racism as a mixed race child.

While reading about her childhood in Europe, I found echoes of her life in a place that I had also visited and a person that I had known.

It was not such a big coincidence to find that a celebrity has been to a small little-known place, to which I have also been. The place was Divonne les Bains, a tiny town in France close to the Swiss border. In the book, she tells that once she had accompanied her mother to Divonne for a piano concert.

While reading this part, I had remembered my stays in Divonne with a friend and my walks around the place where they organise concerts in the summer. It was like having a direct connection with her, I could imagine her visiting the place with her mom sixty years ago.

Another coincidence was to find in her book, Abbe Pierre, the founder of Emmaus movement aimed at promoting missionaries for helping poor and destitute persons. Abbe Pierre's figure was a bit similar to that of Mother Teresa. Around twenty years ago, as a part of my humanitarian work with an Italian organisation, I had also met him.

In Leela’s biography, Abbe Pierre appears as a religious teacher in her school in Geneva. He does not make a very flattering figure in it:


I remember the conversation I had with Abbe Pierre, the religious preceptor at the Catholic school in Geneva to which I was sent. “In India” he told the class once, “they revere crocodiles and venerate fish. Their gods are wood and stone.”
If ever there was a misreading of the inclusive tradition of Hinduism, if ever there was a more narrow minded reading of the representation of the Ganga as crocodile and Matasya avatar of Vishnu, I have yet to hear it.
I was young but I was ready to stand my ground against such notions. “But Monsieur l’Abbe”, I said, “The statue of the Virgin Mary in the Chapel is also made of wood.”
He sputtered his contempt of this remark. Of course his statue was only a representation and a mnemonic, a reminder of the beloved Mother Mary. It was not an idol, it was a way of focusing attention on the Divine. I believe that even as he said it, he knew he was a digging a hole for himself, so he changed the subject.

From my own meeting with Abbe Pierre (1912 – 2007) in the early 1990s, I have more pleasant memories as we had briefly talked about Mahatma Gandhi and his work with leprosy affected persons.

However, it is not uncommon to find narrow views among Europeans about Hinduism, focusing on some specific aspects and unable to understand it because it is so different from their religious views, so I could visualise the discussions between a young Leela Naidu and a much younger Abbe Pierre in the 1950s. 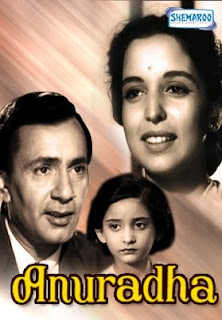 Many famous persons, from Mahatma Gandhi to Indira Gandhi to Ingrid Bergman, Jean Renoir and different directors and actors of Indian cinema, appear in the book.

As you can guess from the part about Abbe Pierre above, Leela Naidu does not mince words or hide behind banalities to express her opinions about the people. In the book, often she has scathing views about these persons and she shares them without censoring herself. The only parts of her life she does not touch in the book are those related to her first marriage to Mr Tikki Oberoi, her divorce and her battle for the custody of her twin daughters.

Even those of you looking for tit bits about her marriage and divorce to Dom Moraes would be disappointed – she talks about him a bit, but does not go into any details.

About the different famous personas of the cinema world with whom she had worked including Hrishikesh Mukherjee, Satyajit Ray, Shyam Benegal, R. K. Nayyar, Sunil Dutt and Balraj Sahni, she remains a bit critical, calling the ways of working of Indian cinema industry as superficial, with need for constant improvisation due to lack of planning. There are no traces of the usual fawning and divification about these persons that usually appears in books and articles.

For example, her comments about Balraj Sahni during the making of “Anuradha”, shook the gentle nice-guy image I had about him:


Sahni was a perfect gentleman. But like many other perfect gentlemen, he was not above trying his luck. One day he dropped me home from the studios.
“I think of you all the time”, he said.
“That’s kind of you”, I said.
“You are in my head”, he said.
“And how is your dear wife?” I asked. I have found that this question generally manages to quench the libido of the perfect gentlemen.

She has few words of praise for any person in her book. However, she reserves her most caustic comments for the writer-activist Arundhati Roy, with whom she had worked in the film “Electric Moon”. The film was directed by Pradeep Kishen (ex-husband of Ms Roy), while Ms Roy was looking after the production.


I must say I admire the way that Arundhati Roy has turned her status as celebrity writer into a catalyst for causes she cares about, but there was very little of that caring Ms Roy on the sets of Electric Moon …

... and so when I watch her pleading for the disenfranchised and the marginalised, I think back to the ruthless Ms Roy on the sun drenched plateau in Madhya Pradesh and I wonder whether it is easier for us to sympathise with anonymous masses than with the actual people we are confronted with in the real life.

If you like reading nasty stories about the well-known people, which they hide behind their public personas, you will like Leela Naidu’s autobiography.

I think that Ms Naidu had a difficult life even if she was considered as one of the ten most beautiful women of the world by the American magazine Forbes in the 1960s.

Her first marriage in the rich Oberoi family, her divorce, her challenges in being close to her daughters, were difficulties in her personal life. In her working life as well, she laments that did not get her due from Hindi cinema.

I don’t know if it was these difficulties that made her bitter or if it was her character of being an outspoken and direct person that led to some of those problems.

The book is a good read. I could find a lot of resonance of my own life in the parts of the book regarding her work for the U. N. organisations, her travels across different countries, her work with disabled children and her interest in documentary films.

At the same time, I felt a little sad for her that she had so few good things to tell about the people. Most of her stories are about negative experiences. I am sure that people including celebrities are not saints, but I can’t believe that almost everyone we meet has only negative things.

Often, the stories show that the lives of beautiful women are not always very happy - she seemed to fit in with that stereotype.