The old town of Grado is an island city in the north-east of Italy. The town is composed of about 30 islands out of which, only three islands are permanently inhabited. It is also called the Sun Island and the First Venice. This post is about visiting Grado. 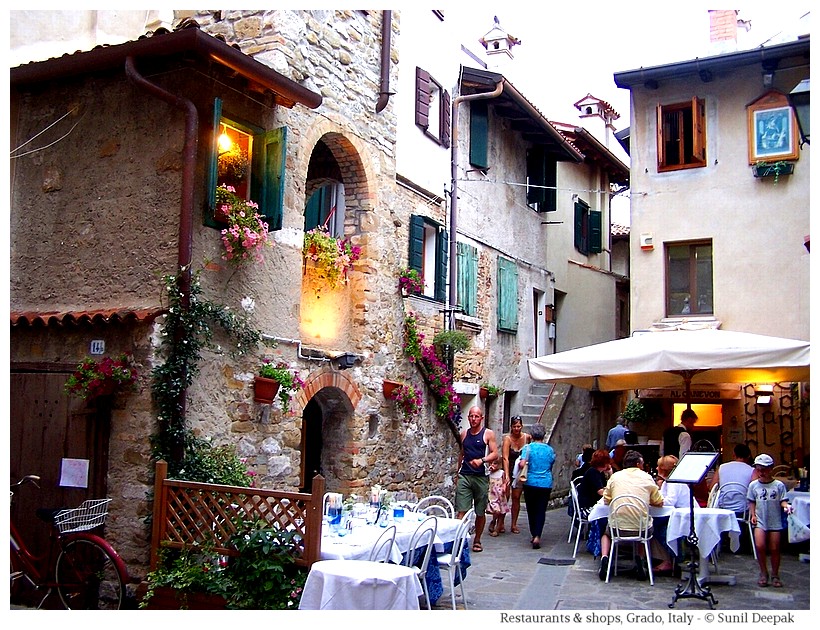 If you are holidaying in one of the towns on the north-eastern Adriatic coast of Italy such as Lignano, Bibione or Caorle, you can visit Grado as a day trip, combining it with a visit to the Roman ruins of Aquileia a few kilometres away.

The town of Grado is on the biggest island and is connected to the mainland by a bridge. The other two inhabited islands are Schiusa and Barbana. Schiusa is connected to Grado by two bridges while to visit Barbana, you need a boat. The town also includes some villages on the mainland including the protected wildlife area of Valle Cavanata.

The beaches of Grado face south and it is known as the Sun Island because of its good climate. Like Venice but older to it, being a city of different islands, it is also called the First Venice.

Grado developed around 450 CE, as the sea port connected to Aquileia. Soon it became an important town and two big Basilica churches were built here - St. Eufemia and St. Maria delle Grazie. For a few centuries, Grado was the most important port in the north-east of Italy. However as the island city of Venice, 135 km to the south, became more important, Grado declined. In the 12th century, the Patriarch of Grado shifted to Venice. Gradually, Grado became a poor village of the fishermen.

This church was built in 579 CE, at the site of an older and smaller church. It is a simple and linear building in red brick. At the top of its bell tower there is a copper statue of archangel St. Michael, added to the building in 1462. 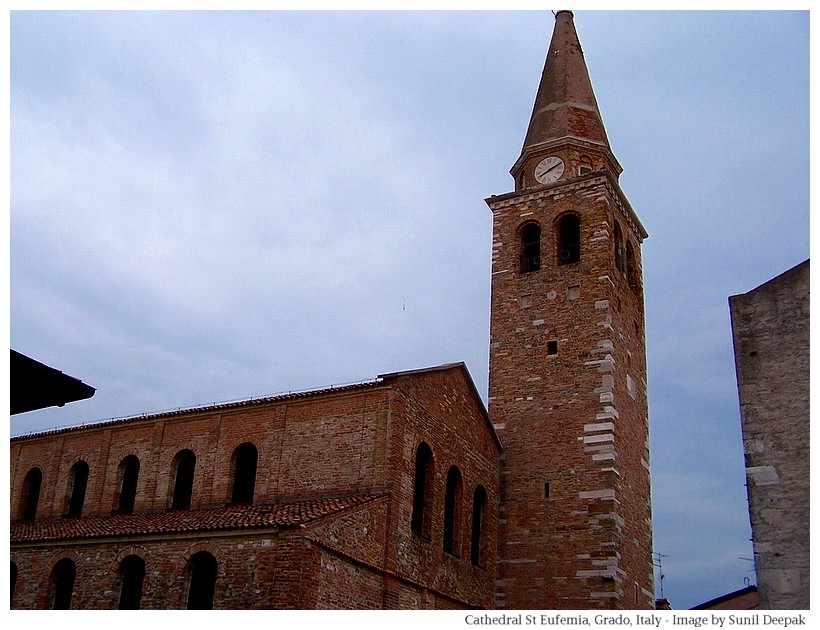 Not far from the St Eufemia cathedral, you can see the remains of the floor and some walls of the Court Basilica church from the 4th century CE. 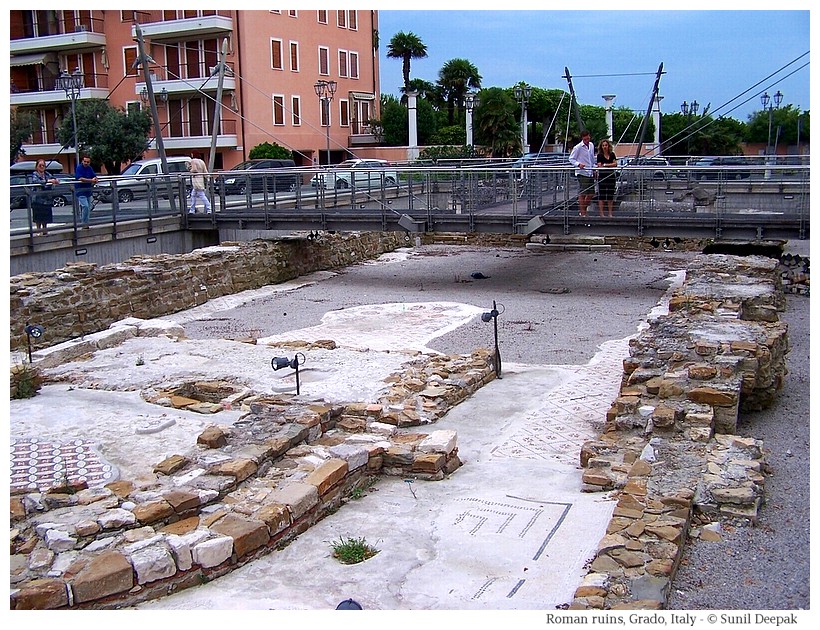 My favourite part of Grado are its old houses, many of them from the medieval period. These old houses and the narrow streets of the old town, give this town a special look that reminds us of its history. It is full of shops and restaurants for the tourists, many of them are located in the old medieval buildings. 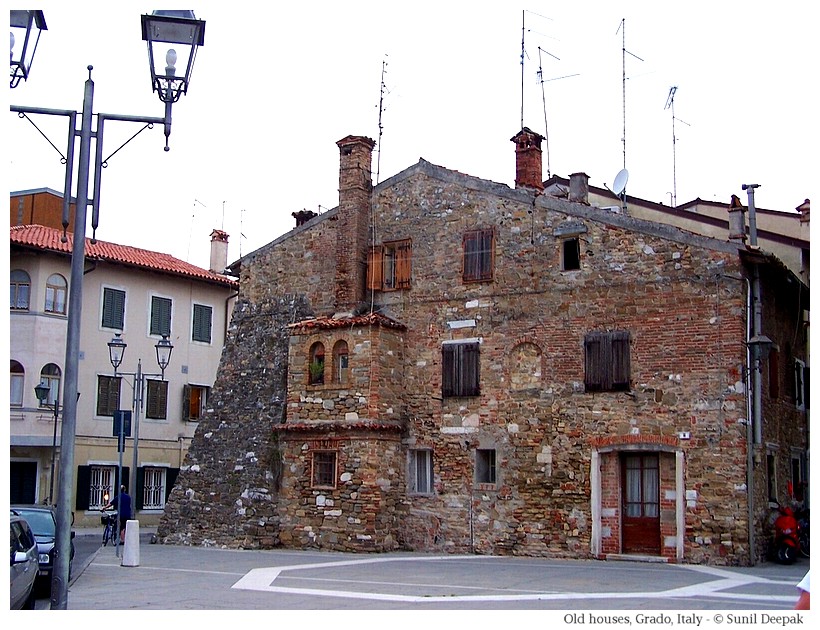 Beyond the city you can see its port and its deep sandy beaches. The best time to visit Grado is in early July when the city celebrates its traditional Barbana boat race. 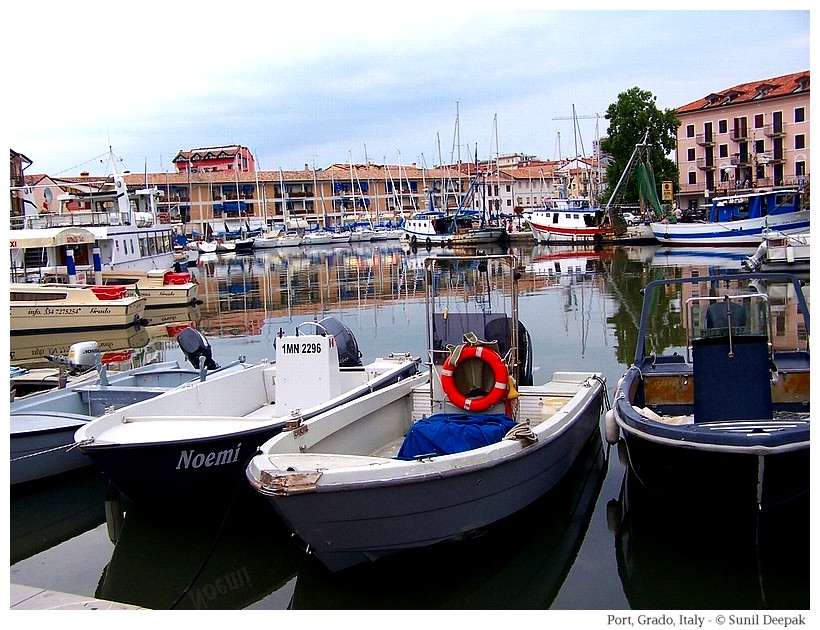 Along the sea, Grado has a nice walking area, the Lungomare. 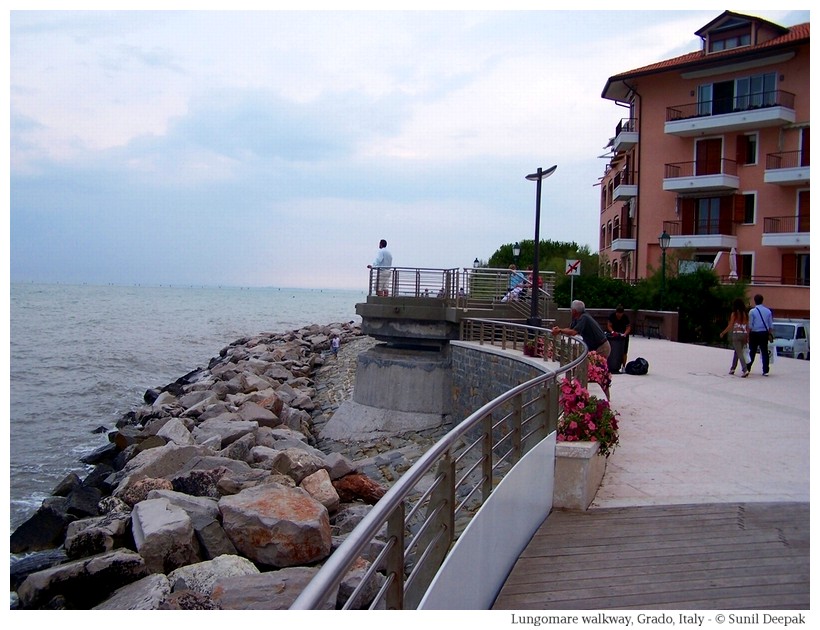 Our first visit to Grado was brief, as we had stopped on our way to visit Aquileia. Thus, we were unable to visit much of this city. The parts we saw were beautiful, especially the characteristic old houses, the small squares and the narrow streets of the old town. 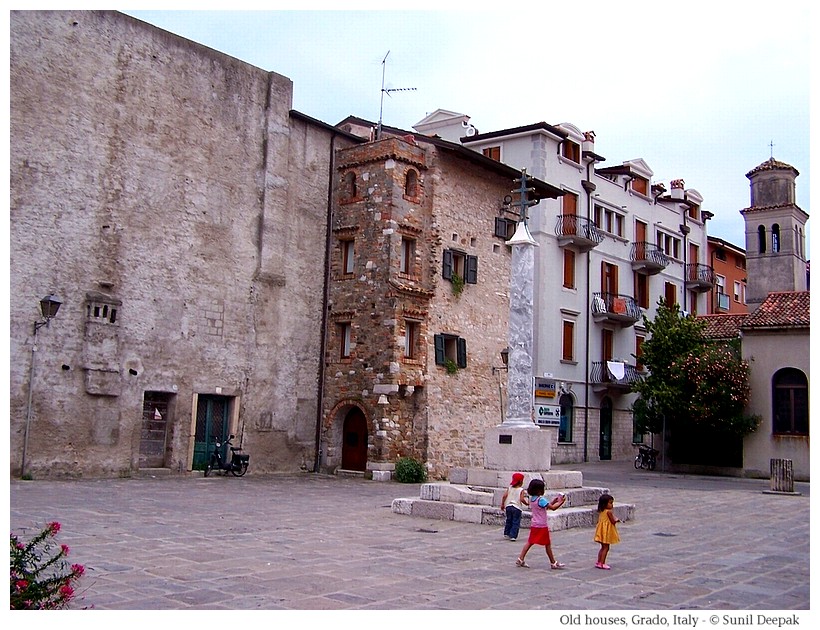 We did not have time to visit its beach. We also did not visit the other old church of St. Maria delle Grazie. So we are planning to go back to visit during the next summer.

Meanwhile if you are holidaying on the Adriatic coast in the north-east of Italy, do visit Grado, if you have some time!