Saw the burning of Ravan in Delhi this time after I don't know, how many years. I think that the last time I must have seen it was when we used to go to DCM Ramleela grounds near Rohtak Road, 30-35 years ago. After that I had seen it in the TV. But to be there in the middle of the crowd, feeling the excitement and the anticipation, the first wave of heat as the effigy takes fire, the deafening noise of the fire-crackers... is some thing else. Mika was there with me and we cluctched each other's hands when the flames suddenly engulfed the effigy.

The days are rushing past so quickly. Today I hope to go and see Anita. Rajouri Garden, where she lives seems so far away but I am hoping to travel by the Delhi Metro.

Took the metro for going to Delhi university the other day. The train is exactly the same as they have in Rome - they must be buying it from the same source! And the travel is quick. 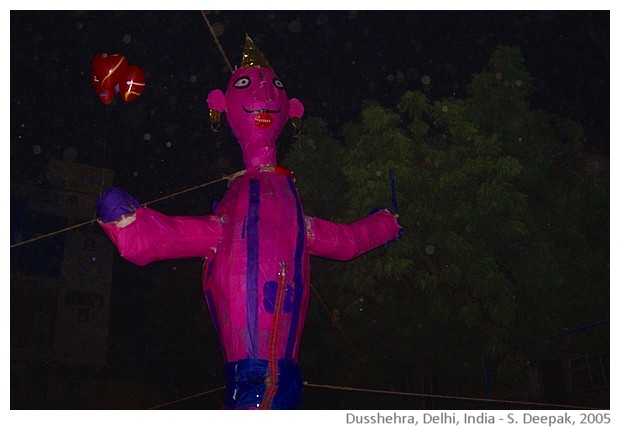 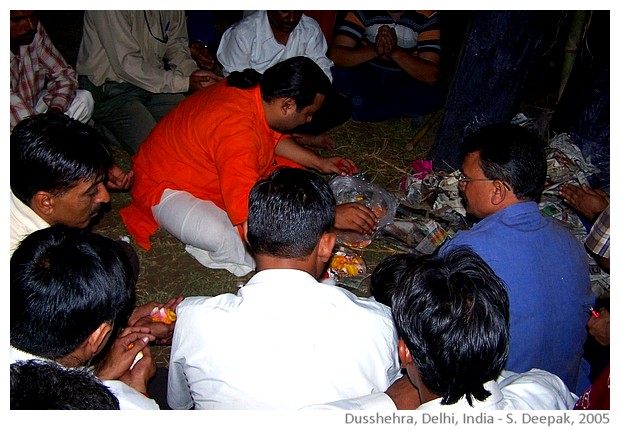 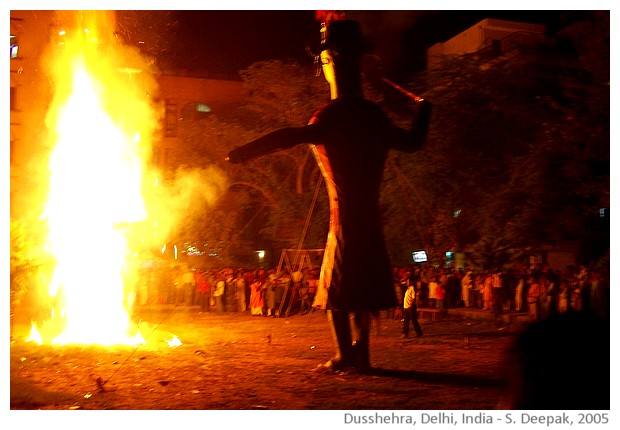 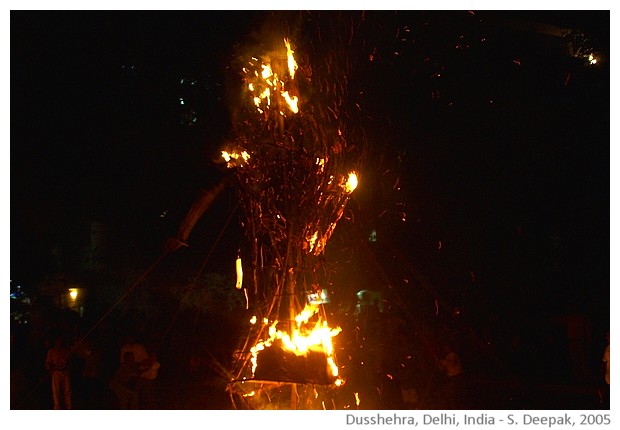 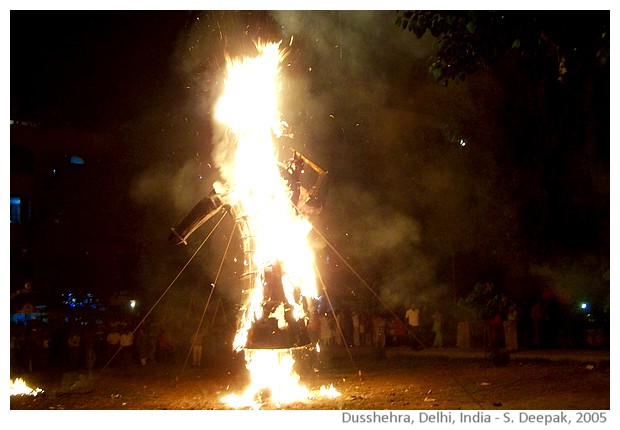 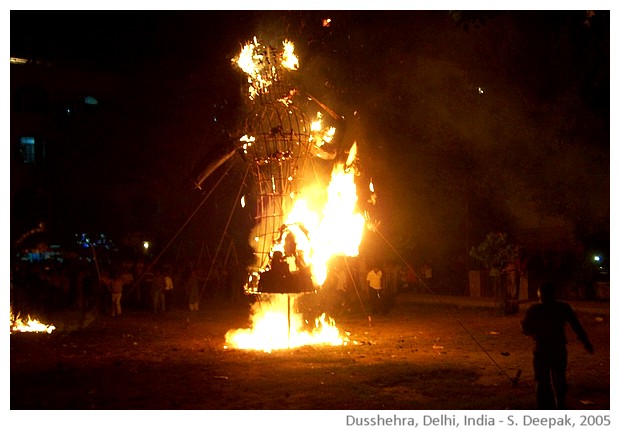