December means Christmas time and it also means "Motor show", one of the bigger annual trade fairs of Bologna. This year, for the annual Motor show, the Swatch people, makers of the small car Smart, organised a Smart Night in the historical central square of Bologna, la Piazza Maggiore. With 12 and 13th century buildings of red stone, this is one the most beautiful squares of Bologna. The Christmas lights were making it look like a fairy land.

The Smart Night brought colourful psychedelic lights, giant film screens, dances, drums, acrobats and high decible pop music to the square, creating a wonderful contrast with the old buildings surrounding the square. The beginning of the show was with Kay Rush, a half-Italian half-Japanese TV show girl, appearing at the top of one of the giant screens, with her huge image on the same screen, to give an explanation of the theme of the event - exploring the different metro-communication languages.

The flying acrobats with colourful skirts, appeared next, flying in the sky, throwing strange shadows on the walls of the old palace, doing song and music routines from some famous films, dancing in front of the giant screens showing the strange art world of Escher.

Then it was the turn of singer l'Aura. She has a real nice voice and a very distinct style of singing. Lovely. She was followed by Piero Pelu, one of the famous Italian pop stars who joined Kay Rush on the stage as a presenter.

And then it was the turn of the mermaids. They had placed transparent tubs shaped like champagne glasses, filled with water, in front of the cathedral. Three girls in swim suits appeared, did some synchronised dancing and then jumped inside the tubs to become the mermaids. All the while the upcoming young piano star Giovanni Allevi played wonderful piano. It was like a dream, though with the cold night and temperatures of around 3 or 4 C°, it reminded me of the Mumbai film heroines who stoically go through dances and songs among snow covered mountains, dressed in the skimpiest of clothes. From the vapours rising from the girls' bodies, I think that the water was quite warm, still it must have been strange to take bath in the shivering cold in one of the oldest squares of Italy!

Here are some pictures from this evening: 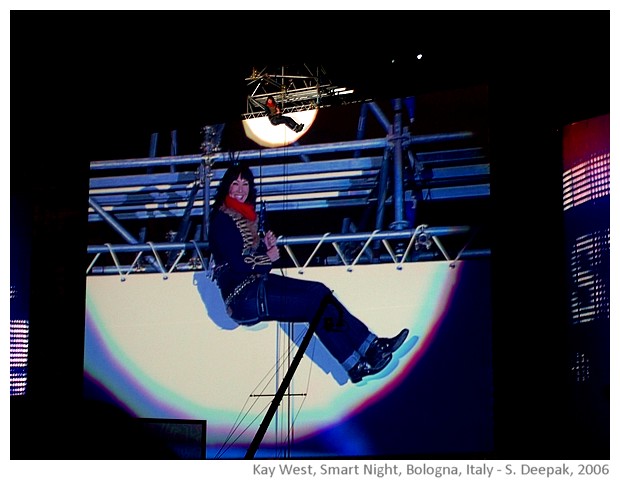 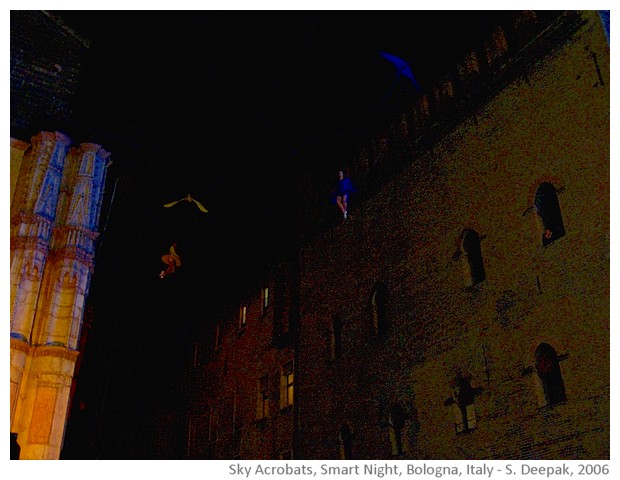 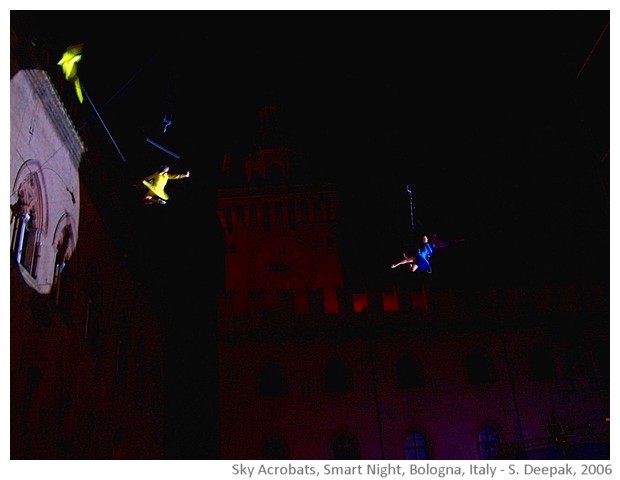 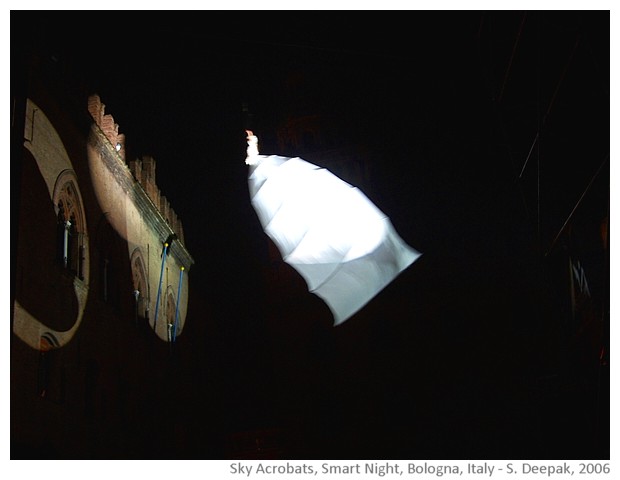 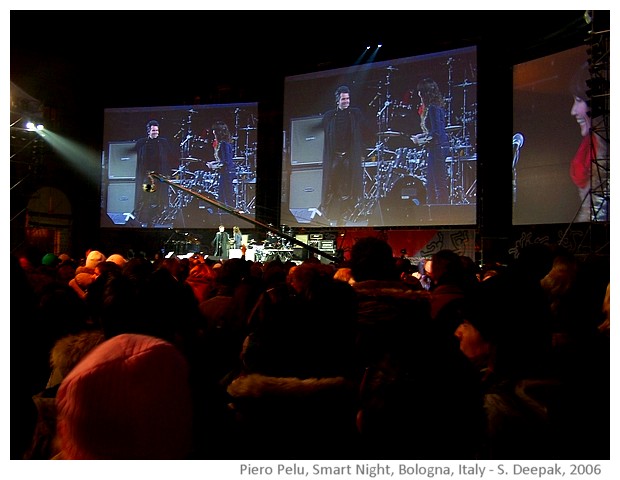 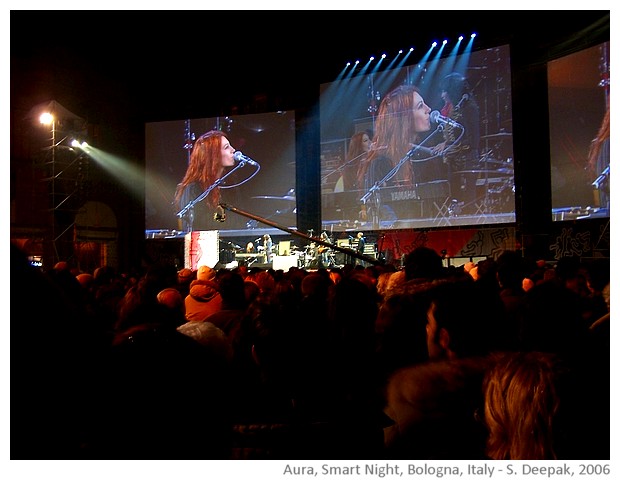 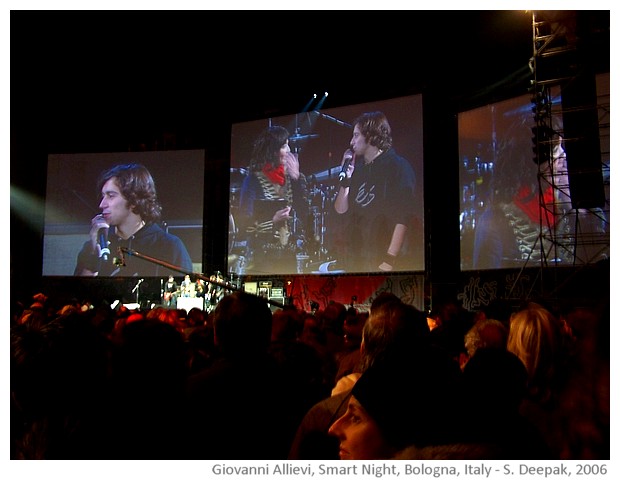 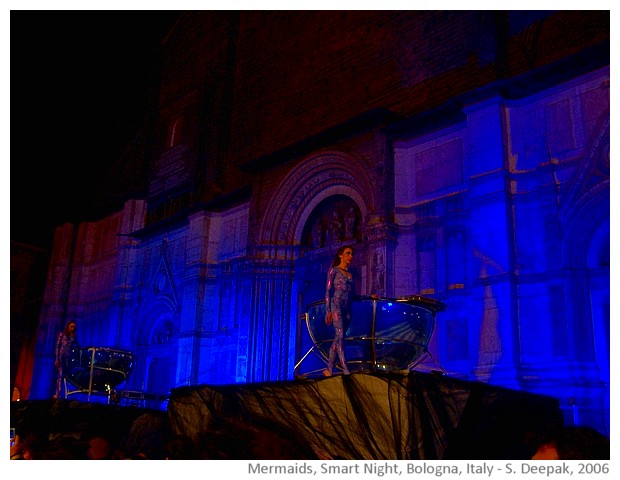 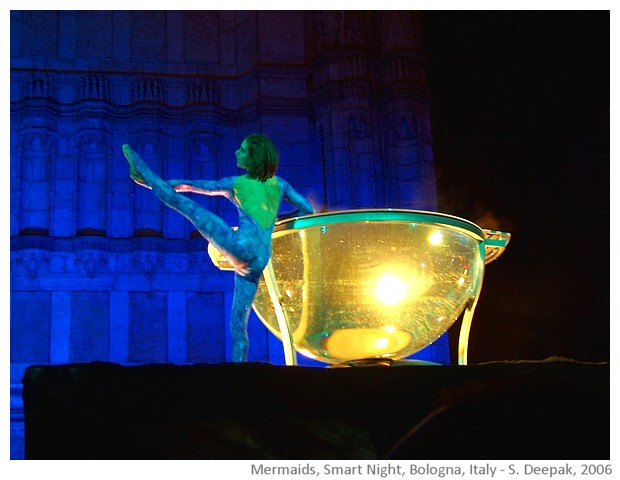 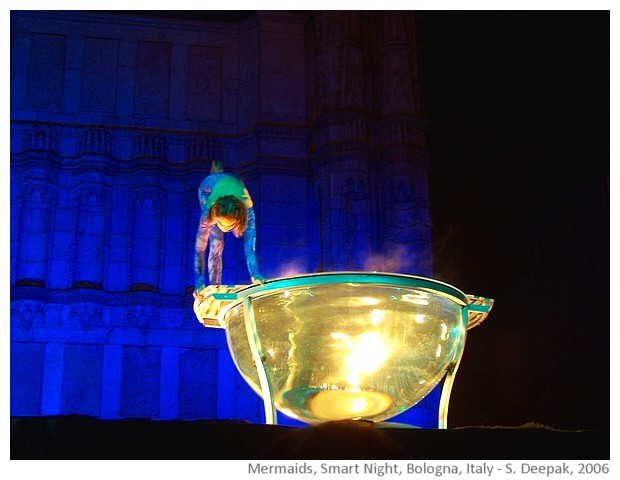 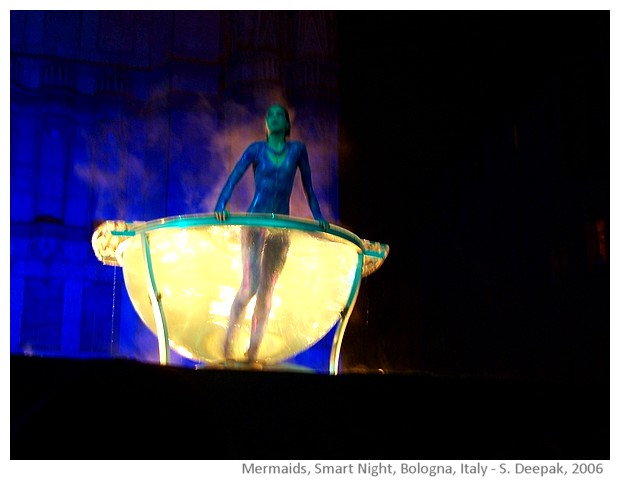 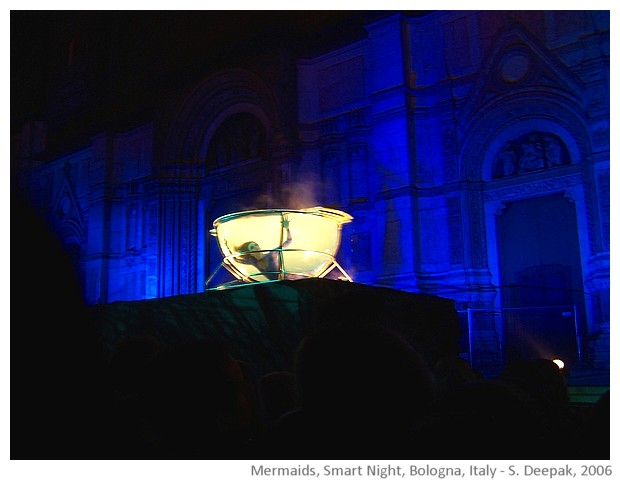