Why did man decide to invent clothes? Did ancient man have a sense of shame about the human body so that certain parts were supposed to be hidden behind clothes? Probably not. Man had evolved in nature full of animals, birds, roaming around without any clothes, except for those given by the nature - the body hair of different animals that covered the body, changed colours according to the seasons.

Probably early humans evloving in the hot tropical climate of Africa, did not even need lot of body hair and thus clothes were probably invented much later, when Homo Sapiens moved towards colder climates in the north?

Another reason could be that the genitals are delicate parts of the body and evolution of human beings from being four-legged creatures like other animals to the upright walking two legged creatures, further exposed to these delicate body parts to possible injury. Thus human beings had to look for something to cover and protect these parts.

Whatever the reason, today clothes are considered necessary for human life, and when ever new tribal groups are discovered, they are taught about the need to cover themselves. Apart from the stray nudists who may rebel against this imposition of the society, we all tend to accept to cover ourselves to varying degrees. Most cultures allow men to wear lesser clothes than women.

Artists have always tried to critically look at the social costumes and question them through their art. One such artist who questions the need for wearing clothes is Joanne Gair. Gair has become famous for her body painting, where she paints the clothes over nude bodies, giving the illusion that the person is wearing clothes. Here is sample of the art by Joanne Gair.

About 10 or 15 years ago, an Indian actress, Pooja Bhatt, had also posed for a magazine cover wearing just body art and that had raised a scandal. I personally admire such persons who dare to provoke the society into questioning the seemingly unbreakable and rigid social costumes.

Here some of my pictures of body paints from the cultural events (mainly the Par Tot summer festival parade and the GLBTI pride parades) in Bologna (Italy) - (Note: images have been updated in 2013): 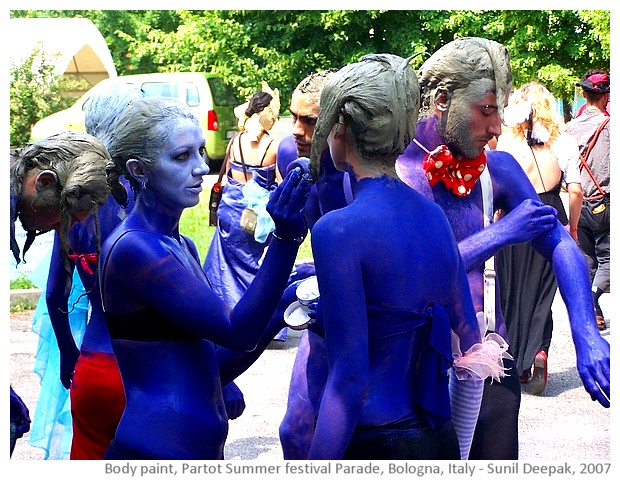 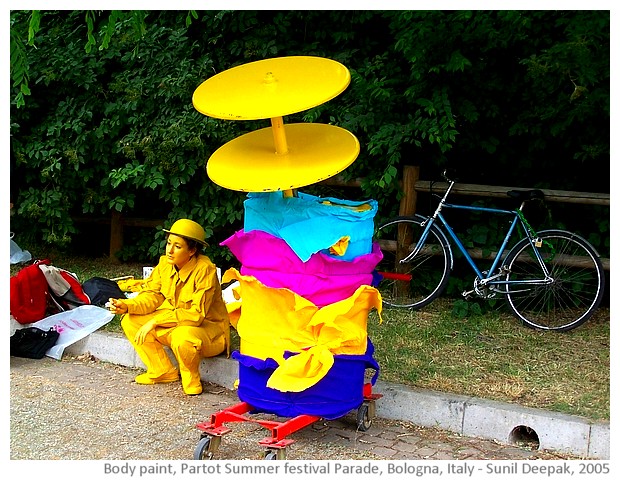 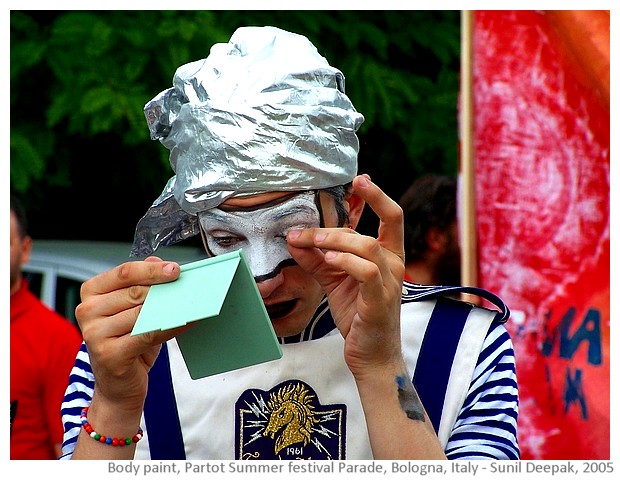 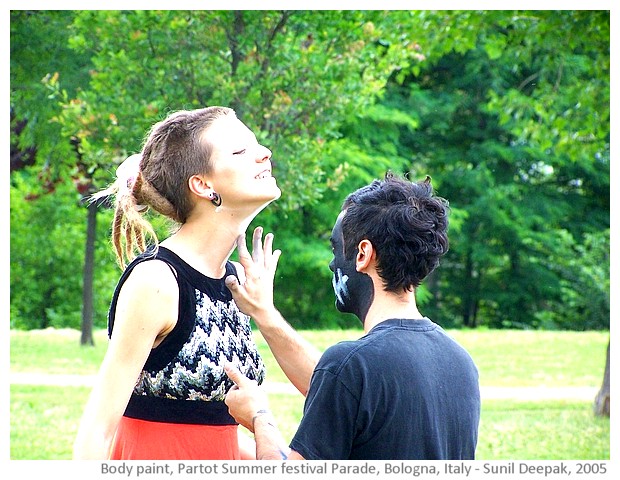 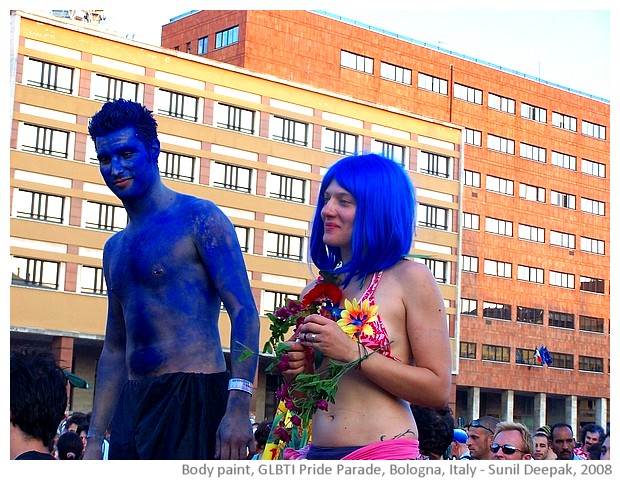 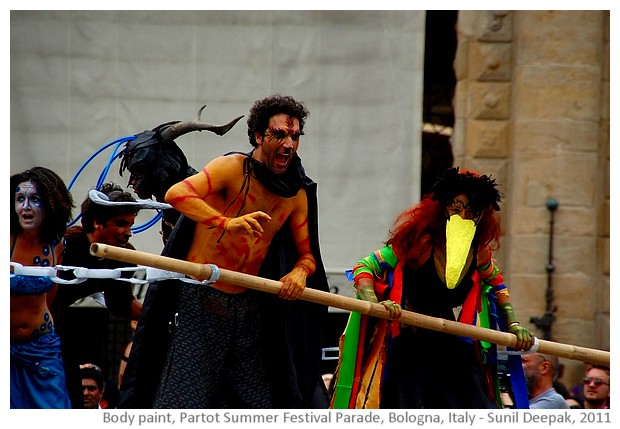 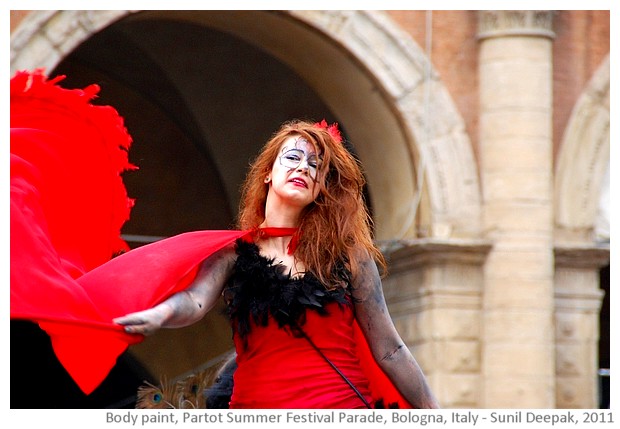 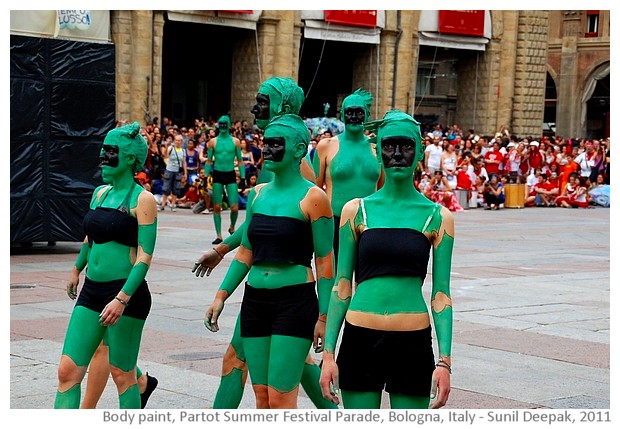 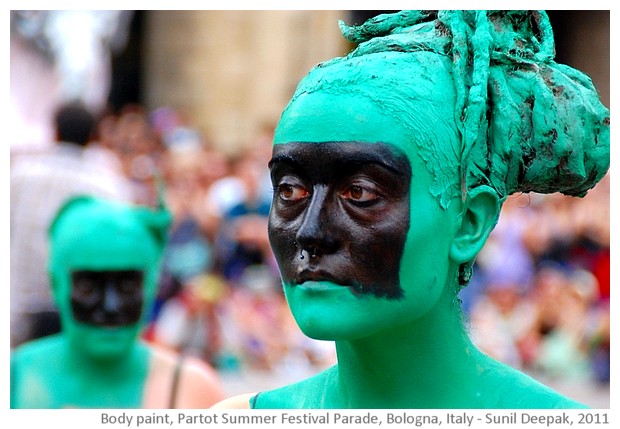 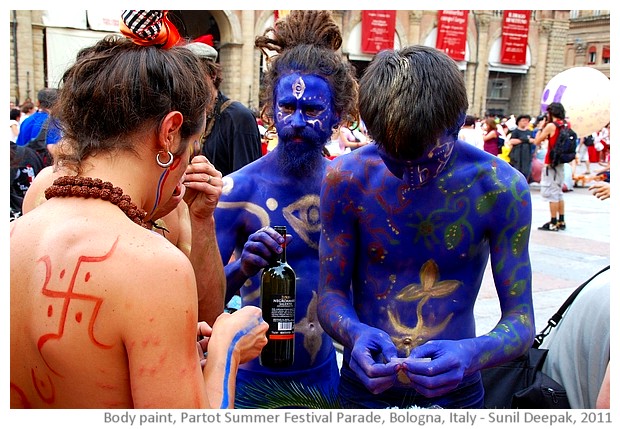 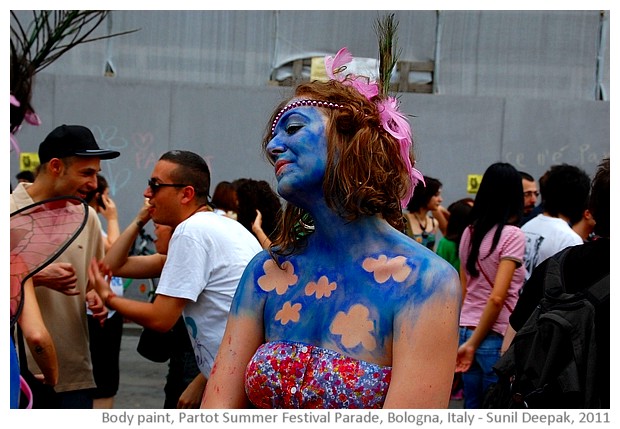 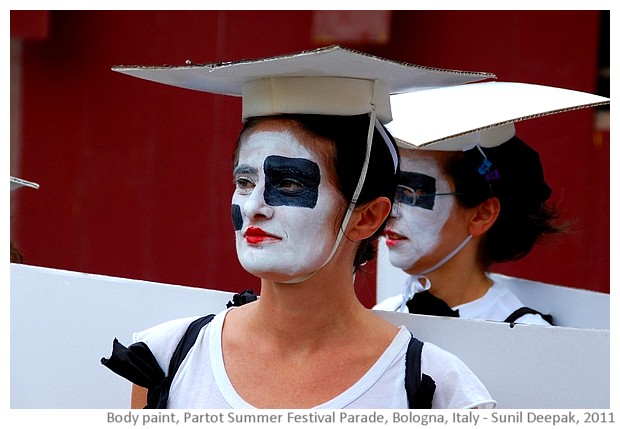 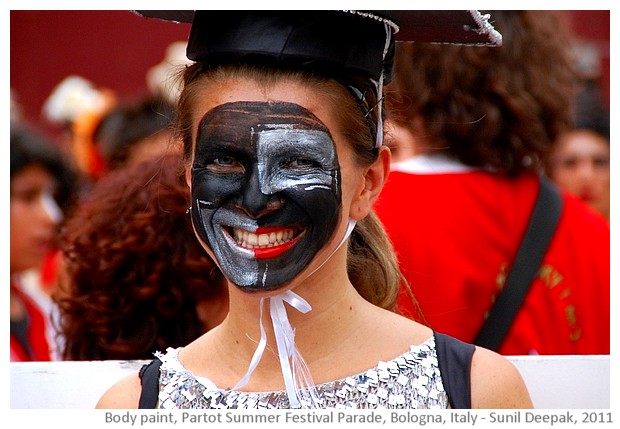 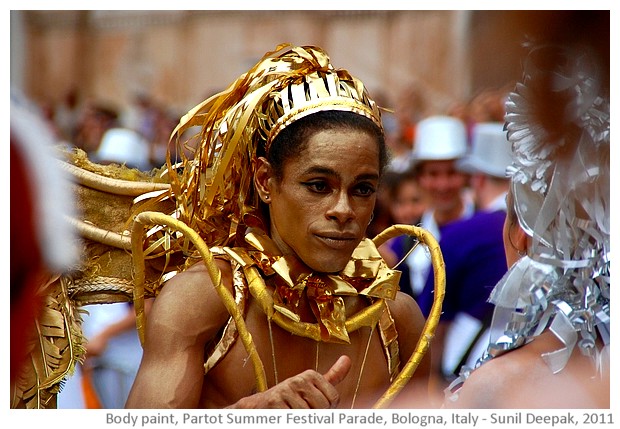 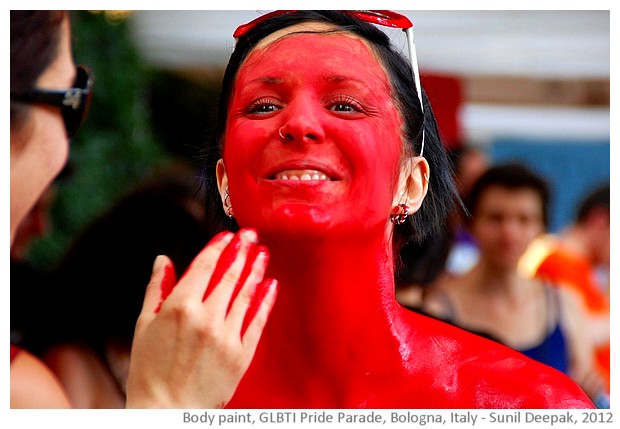 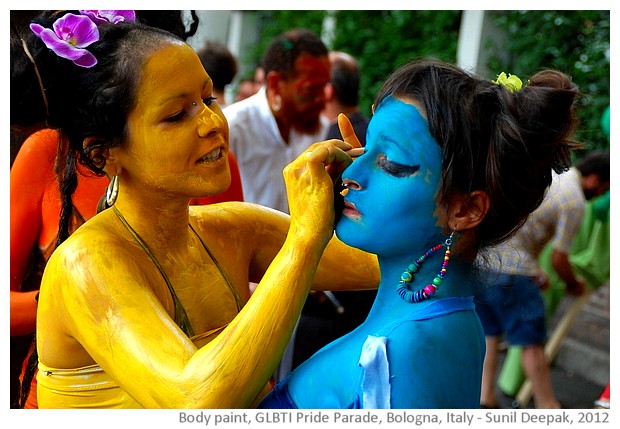 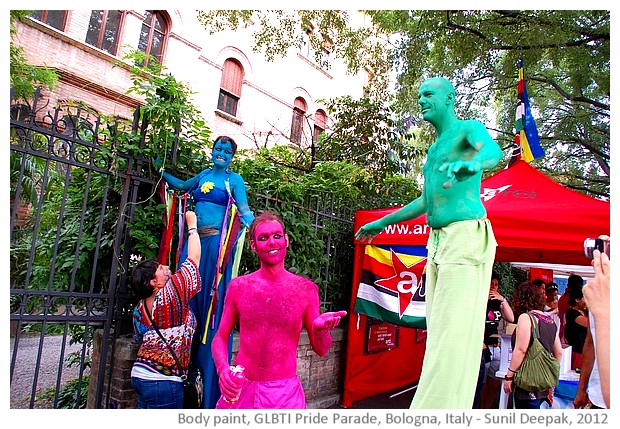 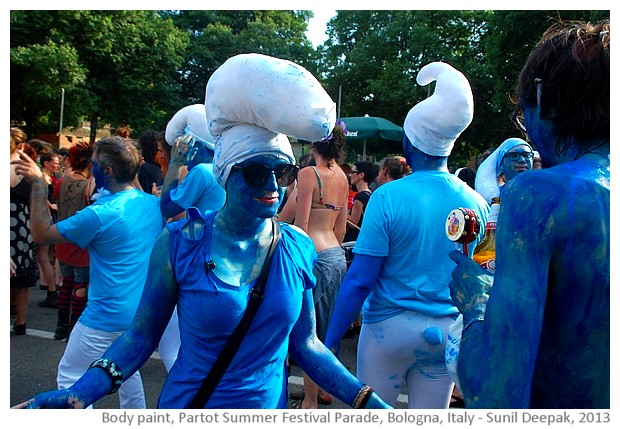 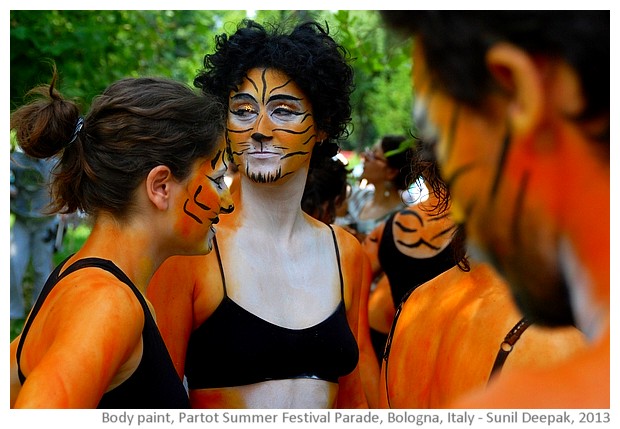 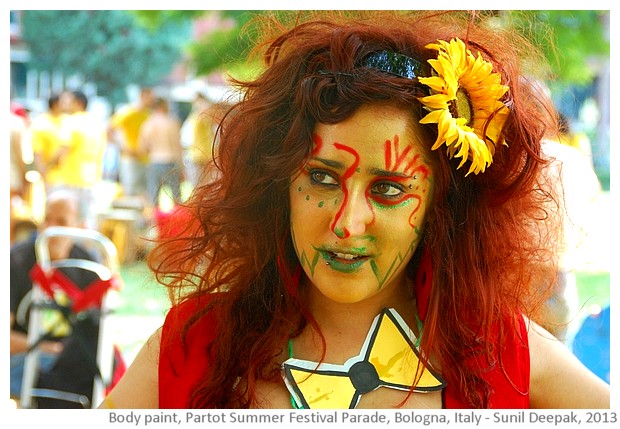 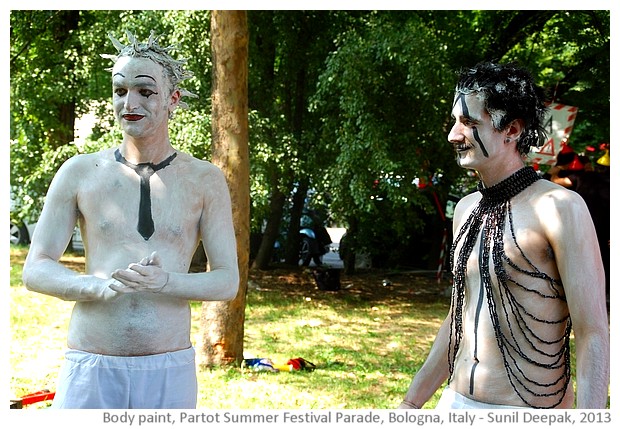 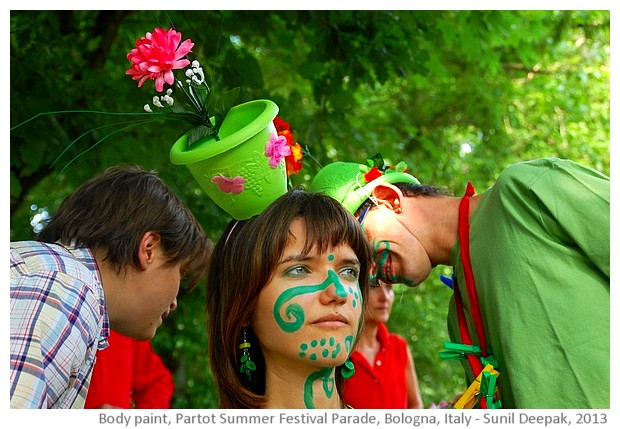 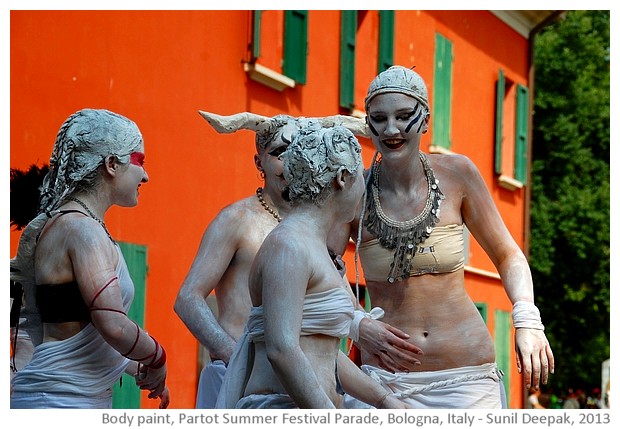 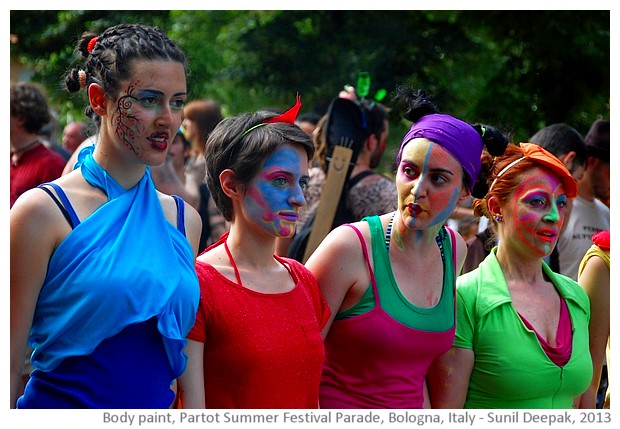 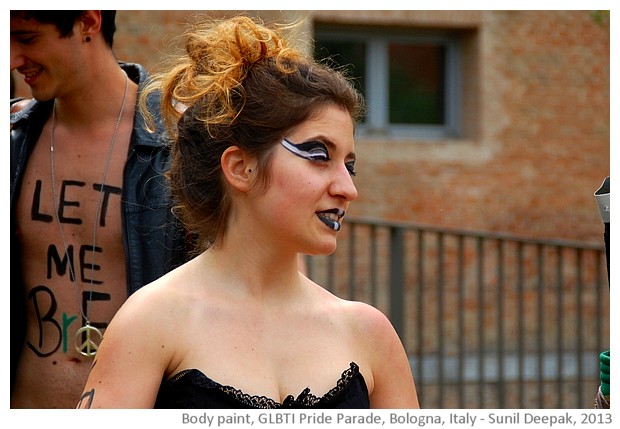 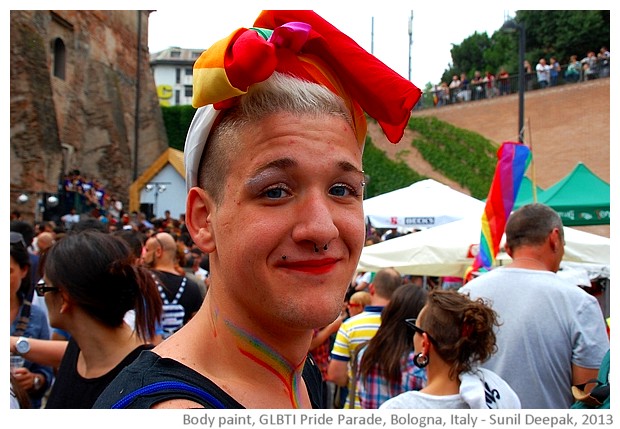 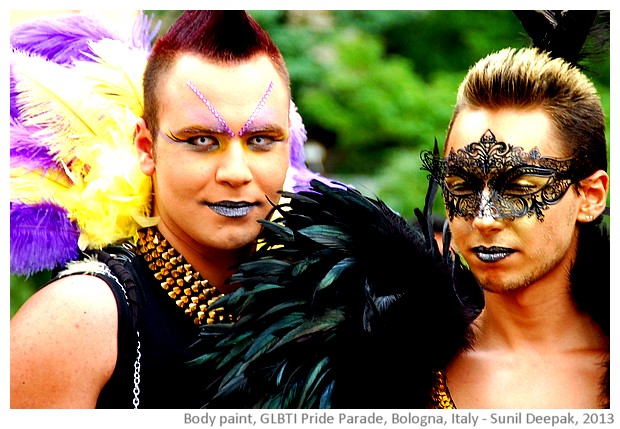 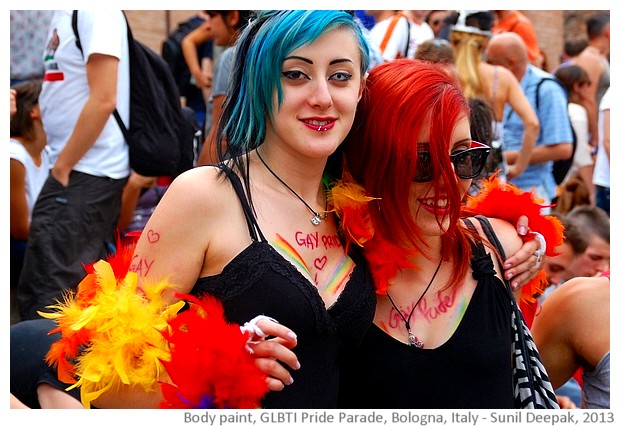 Did you like my collection of body-paint images? I hope that you will be inspired by these images and then use your imagination to come with new variations in body paint to give shape to your desires.