Strange London In My Head

I don't remember how many times I have been to London. I think that over the past twenty years, I usually have two or three visits every year, though for a few years, I was going there even more frequently. I also used to think that I knew the city very well. Then a couple of years ago I realised that I knew a kind of virtual London, a London that exists only in the tube maps. For a long long time, travel for work meant just work and I didn't even think of going out to see any thing. For the last few years that I have started to go around and see the places that I visit for work, in London this means travelling by the tube.

So the city I know is the one shown on the tube map. The first time that I tried going out and walking a bit, I was surprised that the city was different from the imagined city in my head. Like the time I walked from Shepherd Bush to Hyde park.

So now every time that I have the opportunity, I want to walk around and discover new areas of London.

This time, I knew that going around was going to be difficult as most of the time was going to busy for work. But my first evening was free. I was on the 12th floor of the hotel and the view outside was wonderful. That showed me that the river Thames was very close. So, even if the sky was overcast with thick dark clouds, I hurriedly left the suitcase in the room and walked towards the Thames.

Unfortunately, as I reached near the river, it strated raining. I just had enough time to take a hurried picture of the river and run back towards hotel! 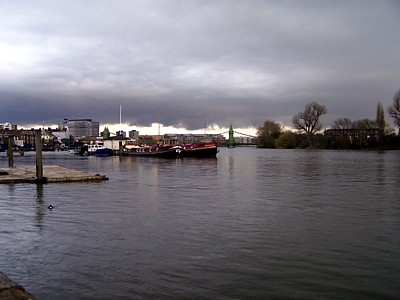 Below is a view of Ravenscourt metro station from the hotel. 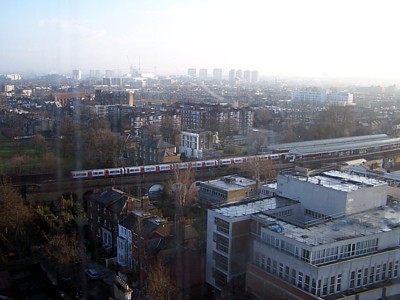 So even if the view from the hotel was wonderful, there was no time to go out and discover the city. And I was forced to stay in the room and watch TV.

It was the time of terminal 5, the new terminal at Heathrow airport. First there was the inauguration. And then there were endless documentaries about the new airport, how big it is, what a wonderful fully automated computer directed bagage handling system it has, etc. There was one show where they explained how increadibly big steel beams weighing hundred of tons were hauled up over a period of 11 months to make the largest free hanging roof in the world. That really made me afraid. I would prefer not to know about hundred tons of steeel haning freely above my head, thankyou. And all those endless details about automated computerised handling systems stressed me know end, making me think of lost bagages and endless hours on telephone trying to dialogue with a machine, like it happens with most of call centres when you want to complain about problem in your telephone or electricity bill.

No thanks again, given a choice, I would prefer to pass thourgh a small airport, where human beings deal with me and my luggage.

I also came accross a TV serial called Torchwood on BBC 2 that surprised me with a gay nude scene. Though the scene probably lasted a couple of seconds only, it did feel a little strange. Our favourite detectives in the TV serials can kiss or make love, if they are a man and a woman but if they are both men, perhaps it would mean that they are not good in their jobs? Actually the sexual preference of a detective doesn't have anything to do with his capacity to kill or fight or whatever, but perhaps it is all the stereotyping that is embeded in our heads that made me feel a little strange. Anyway, I think that it is great that BBC can dare to take such risks and change these stupid stereotypes in our heads and hopefully, also the public attitudes.

One evening we all went out to dinner at Sagar, the south Indian restaurant that makes such wonderful dosas in many cities in India. We went to Sagar on King's road and I was a little disappointed. The aloo papri was bad, paneer dosa was not very good and the dessert too.

However, I did a find a way to explore some new areas of London. On my last day, I did manage to wake up very early in the morning and went out to explore, walking from King's road in Hammersmith to Gunnersbury park metro station, passing through Chiswick.

It was strange to walk through empty streets. It almost didn't look like London without the traffic. Here are a few pictures from that walk. 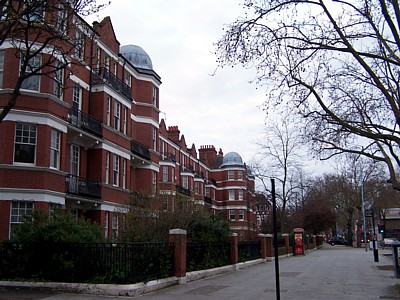 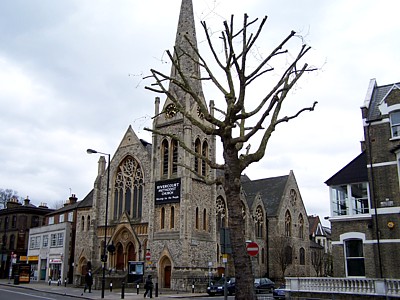 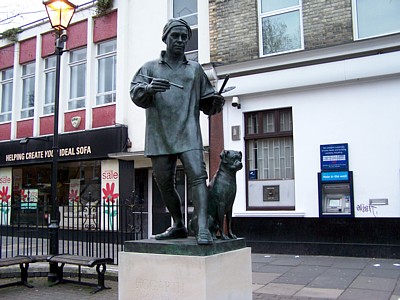 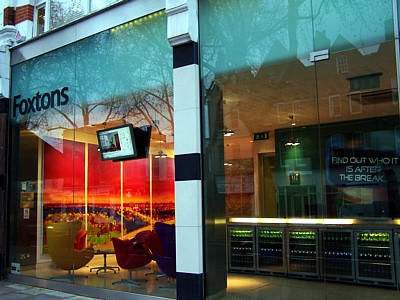 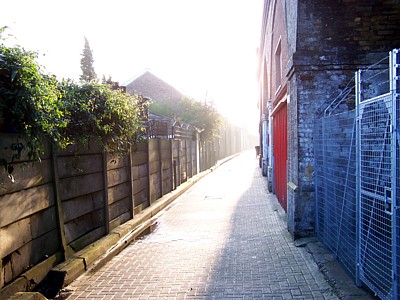 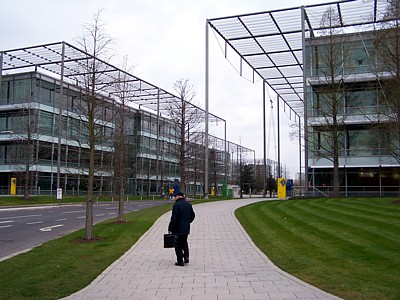 Finally it was time to leave and the sky at Gatwick airport was wonderfully blue with the airport lights, reflected in the glass windows. And while waiting for my flight, on the TV I saw news about hundreds of persons in the newly inaugurated terminal 5 of Heathrow stuck there, complaining about the fully automated system of bagage that had not functioned properly and they were advising passengers about long delays! 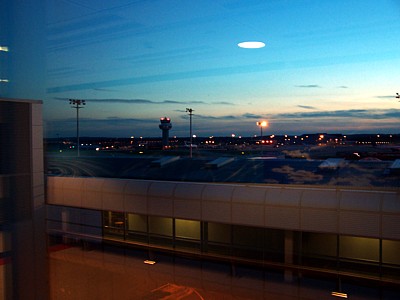