There are two Nigerias in my mind.

One Nigeria has a big image problem. It is the land of repressive regimes and corruption. I didn’t even want to go to Nigeria and had tried my best to get out this visit.

The list of negative things about Nigeria seems unending. Long time ago I had heard stories about corruption in Nigeria. Then I had heard about the problems between Christians and Muslims and the decisions of Shariat Islamic courts that had mobilized the public opinion in the West. In Italy, there has also been a lot of publicity about Nigerian sex workers, and every time there is some story in Italian newspapers about sex workers on the streets, they invariably talk of Nigerians. Then over past few years, all kinds of email scams are attributed to Nigerians.

Yet, there is another Nigeria in my mind. I admire Nigerian writers like Ken Saro Wiwa and Chimamanda Ngozi Adochie. Thinking of the way Yoruba cultures have survived and grown in south and central Americas, I feel that Nigerian cultures must be among the richest cultures that developed in ancient world, though I do not know much about them. I think that in present day Africa, together with South Africa and Ghana, Nigeria has the most vibrant thinkers and philosophers (though I agree that probably there is an anglophone bias there in such thoughts).

The first look of the green mountains and hills surrounding Abuja as the airplane was preparing to land, was very nice. The airport was small for the capital of one of the most powerful African nations, but it was nice and clean. However, I was surprised by the insistent immigration officer, wanting all details of why I had come to their country.

Getting visa for Nigeria was no easy thing. I had to fill an online form, send all kinds of proofs and letters to justify my visit to the embassy and I was told, if they wish, I will have to go to Rome to their embassy for an interview. For all this process, it needed at least one month to get the visa. All this for going there for a five days conference organised by their Government!

After such a tough process for getting a visa, I was not expecting all the questioning at the airport. After the immigration, even custom officers wanted to know why I had come to Nigeria and how long I was going to stay. It was as if Nigeria does not want any kind of tourists or curious persons to come here, and all visitors are given this message.

Getting out of the airport, there was another surprise, more pleasant one this time. There were no anxious taxi drivers trying to rip me off, running after me. The person who was supposed to pick me from the airport was no where to be seen and I had walked to the taxi stand but there were no taxis waiting there for passengers. It was another sign that tourists and visitors without connections in Nigeria are not so many.

Anyway, soon a man came to ask if I was looking for a taxi and I could come to the hotel. The city of Abuja looked very nice with greenery, wide roads and many new shining buildings. The people were very nice, courteous. Going around seemed to be completely safe. In our international meeting, there were many Nigerians and it was a pleasure to make new friends, to talk to new persons, to discover their ideas and know about their work in different parts of Nigeria. Even the lady from the north, with her head covered, who had refused to shake hands with me, was not shy to argue about her ideas.

First three days were busy in the meetings, though I did try to click a few pictures from the taxi, while going from one place to another. Finally on the third day, I found some time to walk near the conference centre, which was not far from the cathedral of Abuja and from where, you can have a nice view of the beautiful golden domed mosque of Abuja.

I had just clicked a couple of pictures, when a man appeared, very angry, shouting at me. "Do you have permission to take pictures? Is it possible in your country to go around and take pictures like this?"

I was surprised. I couldn’t believe that taking pictures in Nigeria could be illegal and you need a permission to take pictures! The man apparently was convinced that all countries in the world have this rule and didn’t believe me when I told that I had always taken pictures in whichever country I went. My answers made him angrier, and soon things turned serious. He will call some special police called SSP or something like that, he told me, threatening that I will be put in jail and that my ignorance of the country’s laws was no justification for the crime I had committed.

Suddenly I was a little afraid. Their special police sounded like the Nazi SS. I quickly explained to him that I was there for an important meeting, I was invited by United Nations and Government of Nigeria, that later in the day I was going to speak in front of the first lady of Nigeria. That finally stopped him. How many pictures have you taken, he asked me. Just one picture of the cathedral, I told him meekly, trying to sound sorry for this serious crime.

"OK, go back straight to your meeting, I don’t want to see you around here", he glowered. And I walked back to the meeting with my tail firmly tucked between my legs.

Later in the meeting I asked one of the security persons preparing for the visit of the first lady, if I could take her pictures. He had smiled at me, “Yes of course. You can take as many pictures as you want. And don’t stay closed inside this meeting hall, our city is beautiful, go out and see some of its beauty.” I didn’t ask him if I could take pictures of their beautiful city or if I needed to apply to someone for permission!

I think that rules prohibiting photography on the street in todays' age are stupid. If I really want, I just need to fiddle with my mobile telephone and take as many pictures as I want. People with mobile phones are everywhere, even in Nigeria and I don’t think that security men in Nigeria can check and control each of them to see if they are really talking on telephone or taking pictures. Terrorist won’t come with fancy cameras to take pictures of cathedrals and mosques from different angles. 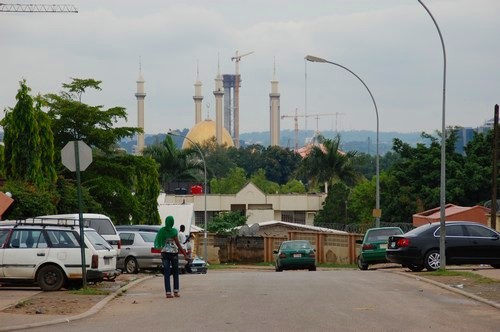 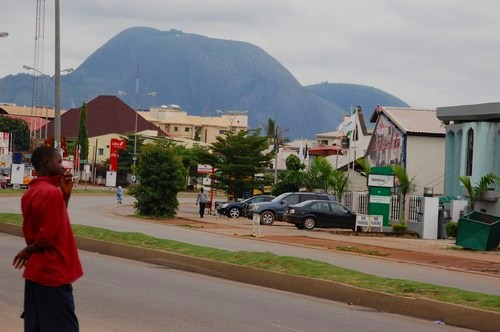 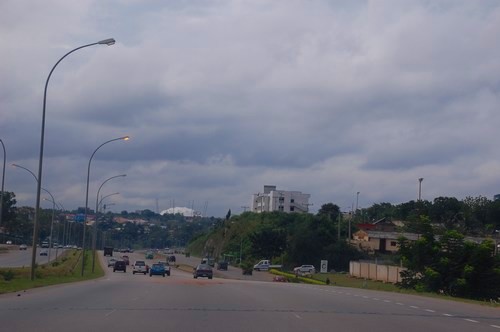 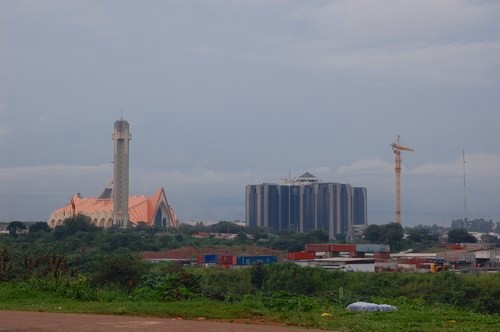 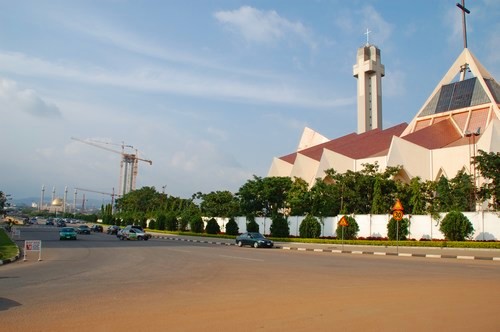 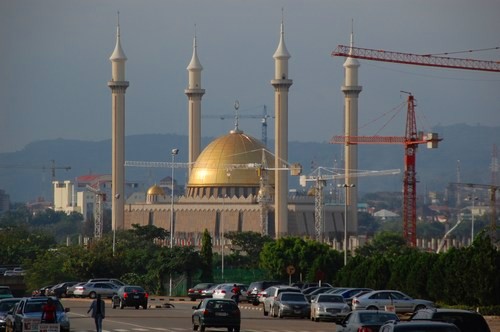 The minister for Women's Affairs, Ms. Iyom Josephine Anenih came to the meeting. I was impressed with her, since she seemed to know what she was talking about and had actually listened to the persons speaking before her.

Nigeria's first lady Dame Patience Goodluck Jonathan was supposed to inaugurate the meeting but she couldn't come. After a few hours, a group of wives arrived for the inauguration, including wives of head of senate, wife of head of defence services, etc. but the first lady was not there. It was a bit surprising to hear that the first lady had been ready for hours waiting for the permission "from the Council" for coming to our meeting but she didn't get the permission!

A first lady needs to get a permission from a Council (was it an euphemism for her husband, the President?) to come to a meeting to inaugurate it?

In the evening, the Minister insisted to send her car to take us to the airport. Her car was accompanied by a police car with sirens and flashing lights. It was the first time, I was travelling like that. Needless show-offs, I had thought. However, the night traffic on the road going to the airport was terrible in many places, jam packed with cars, people eating or buying things from roadside markets. Without the Minister's car, probably we wouldn't have made it to the airport in time!
***

The ancient cultures of Nigeria, the Yoruban myths and stories, have they survived in today's Nigeria? The country seems divided among evangelical churches and islam, and I have no idea if the ancient religions have any relevance in today's Nigeria. The question came to my mind many times but I had no opportunity to ask it to someone.