Books, both as physical as well as conceptual objects, can be a part of an art installation, and can express ideas about different things including memory and knowledge. A Zambia born British artist, John Latham (1921-2006) is known for his art installations in which books played a central role. In Venice Biennale this year, different installations of Latham were brought together in a special exhibition. 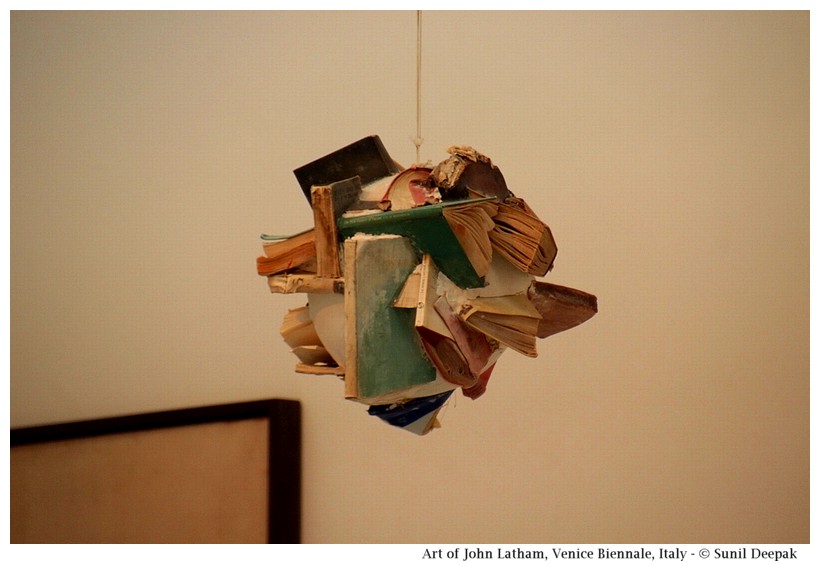 This post is about the art of John Latham, as well as a few other art works related to books from Venice Biennale 2017.

Books have been around us for a relatively short time but they have deeply affected and changed the way we think about and understand the world. Art was a precursor of writing and became an integral part of the books, as can be seen in a medieval manuscript in the image below (from the medieval art museum, Bologna, Italy). 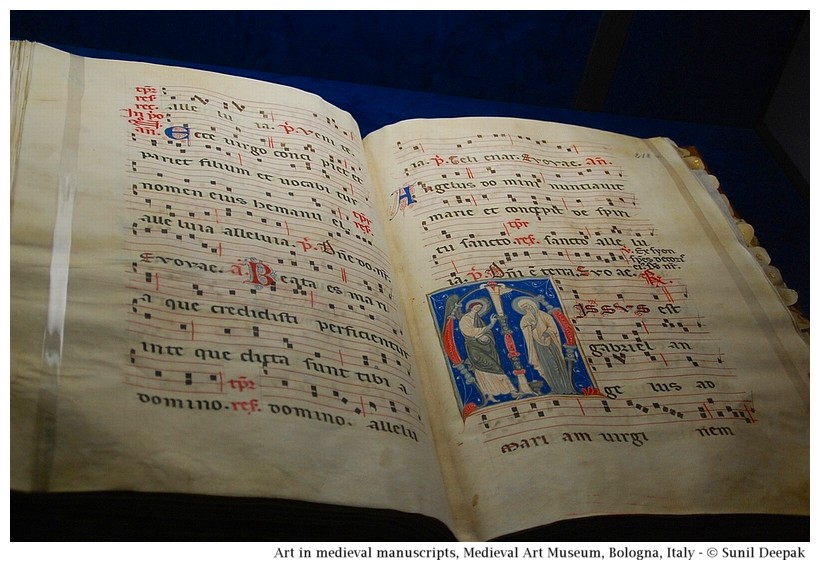 Democratisation of reading books occurred mainly in the 20th century with increases in literacy. Thus books were seen as repositories of knowledge, memories, histories and cultures, leading to the consolidation of languages and loss of "dialects". In the 21st century, technological advances have completed this circle and we seem to be going back towards a world dominated by visuals (video along with virtual realities and artificial intelligence), as primary medium of human expression.

It is possible that in the human future, with increasing spread of videos, reading books may again become a marginal activity, no longer necessary for learning or communication. But for us old timers, books still continue to be an important part of our communication.

Latham became known for his use of spray-paint as his primary art-medium in the 1950s. In the 1960s, he started using books in collage art works. For these collages, he tore books into pieces, cut them into different shapes, burnt parts of them, creating specific objects which represented shapes and colours, as well as our ideas and feelings about role of books in the society. 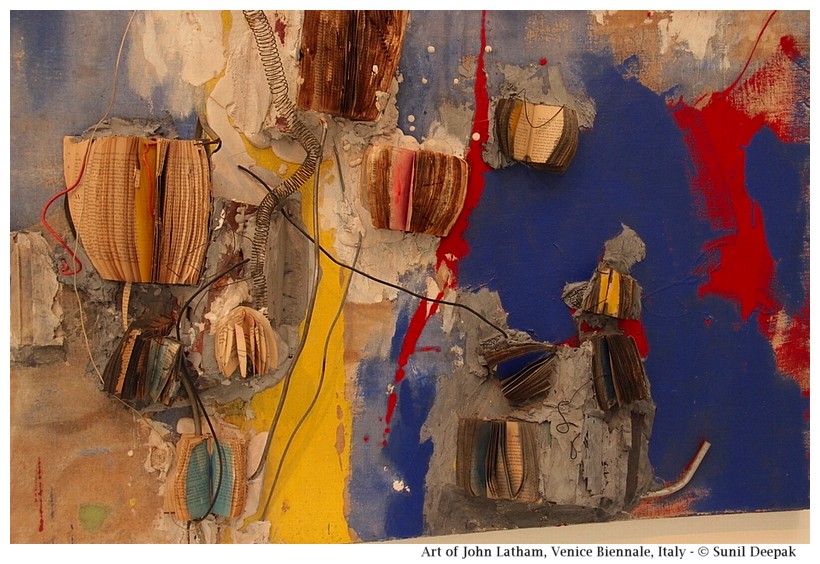 Together with other artists, he created events of "Performance Art", during which they brought together art, creativity and the sensibility of theater performances. 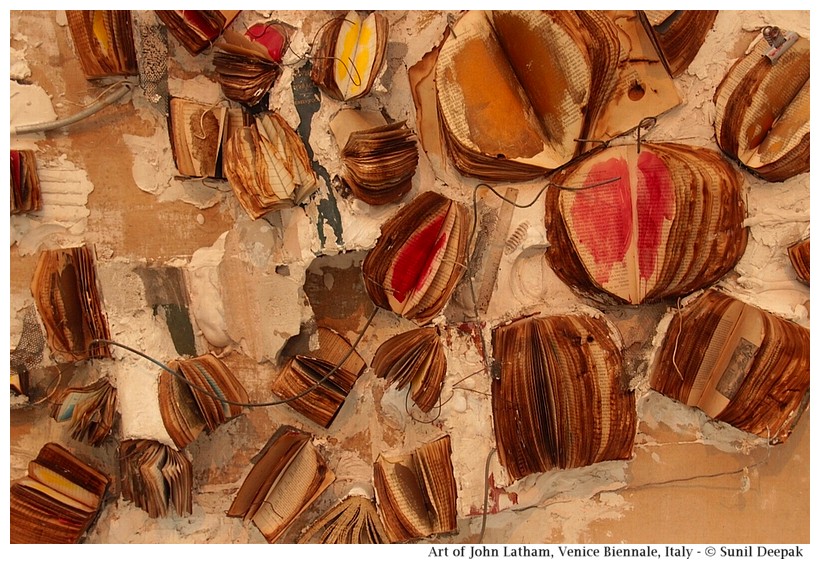 His use of books and related materials in the art works was called "Skoob" (Books written backwards). From creating collages, he moved to creating book-structures such as towers, which were then burnt during performances, creating a transitory art which could evoke deep feelings in the audience because of the way they perceived the sacredness of books. 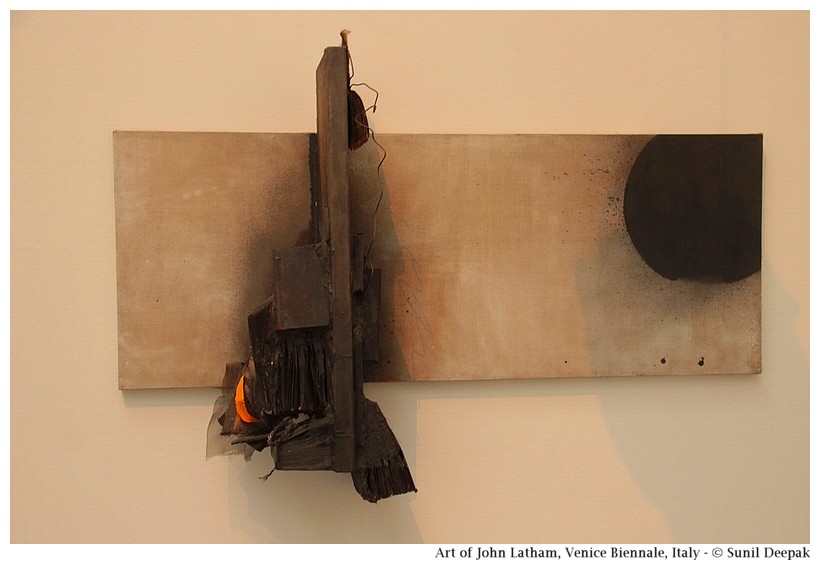 In 1966, Latham invited a group of art students to chew the pages of an art book taken from the library. Later all those chewed pages were put into a phial and returned to the library. This exercise was supposed to express the concept of "destruction is an equal and opposite process of creation". Such "performance art" created his image as a firebrand revolutionary artist. Latham's influence can be seen from the 2016 album of Pink Floyd, which had a previously unreleased song titled "John Latham". 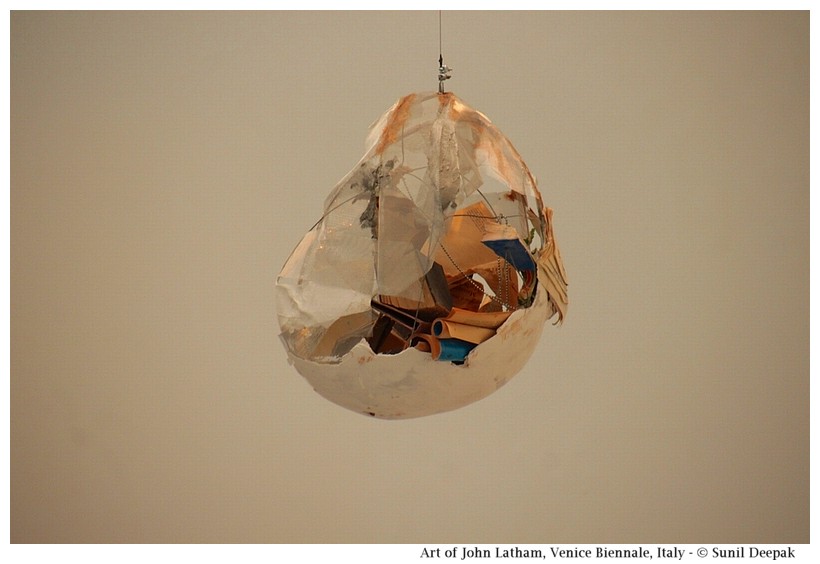 Among all the works of Latham presented in the Venice Biennale, I personally liked the round ball like sculptures hanging from the roof, in which books or parts of books were placed/collated in different ways. They made me think of books and knowledge as a new born bird, breaking out of the egg and growing up as an independent and interconnected idea. 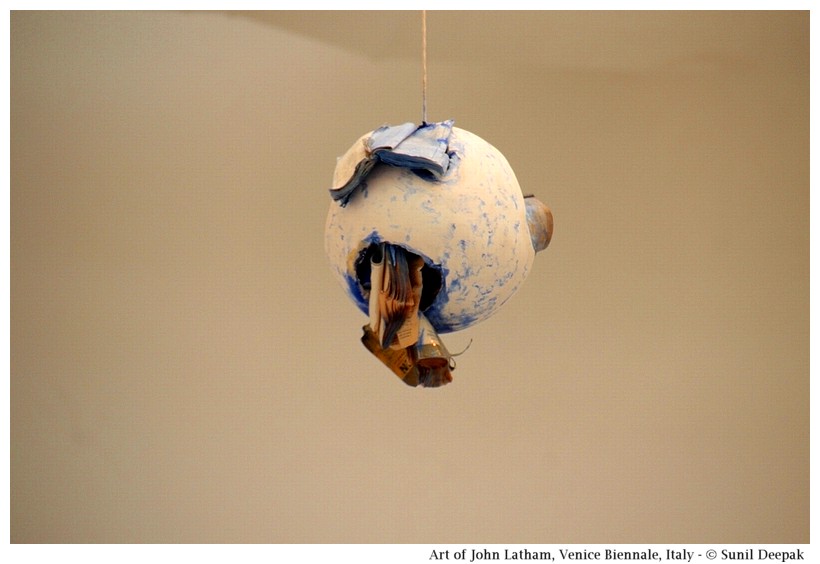 Among Latham's ideas, I find intriguing those on the "flat time" and moving away from "space-based art" to a "time-based art".

Near the John Latham exhibition, around the Venice Biennale library there were some other art works in which books played a central role. For example, there were different paintings by the Chinese artist Liu Ye such as "Books on books" shown in the image below. 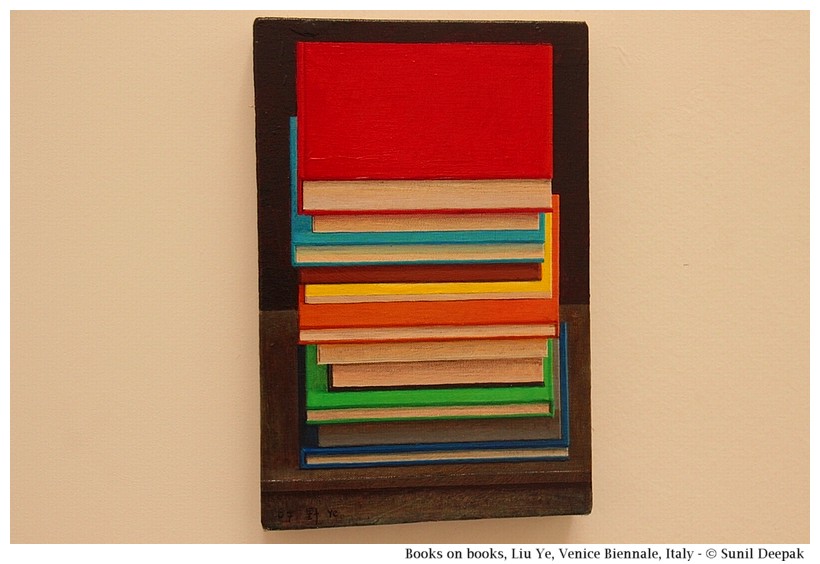 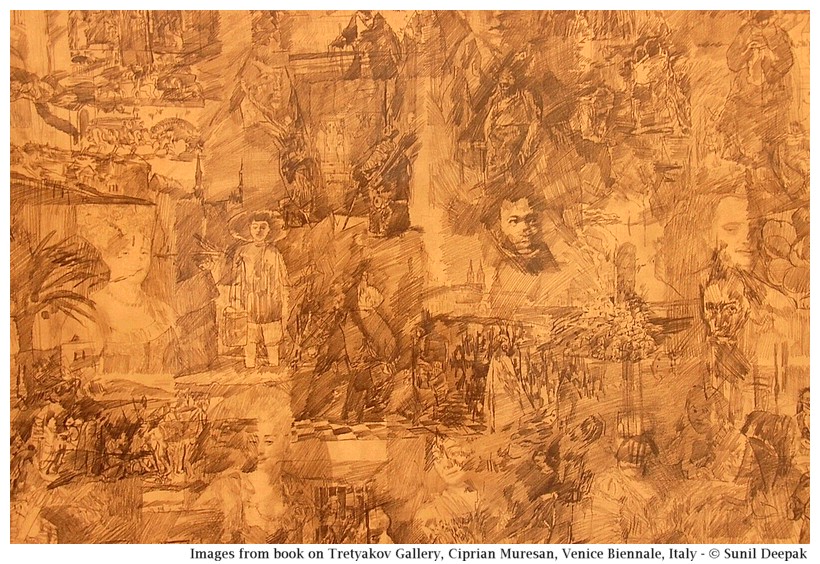 Finally there was the installation "Al Saadi's diaries" by Abdullah Al Saadi from United Arab Emirates. This installation had 39 metal boxes, each containing a canvas with drawings, notes, pictures. 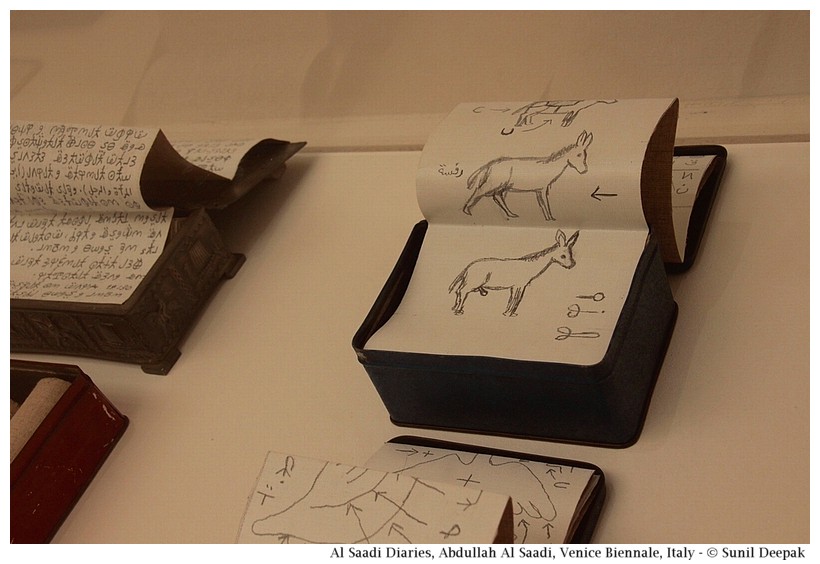 Venice Biennale had a lot of stimulating and interesting art works. Among them was the John Latham exhibition. I have a long-standing interest in different uses of books in art and art-installations, thus it was wonderful to discover his works. It was a wonderful opportunity to see the different works of John Latham in one place.