I am fascinated by motorbikes. I am also afraid of them. I love to watch them. I like the idea of speeding on them with the wind flattening my hair. Whoooooooooom. But since I am afraid, so I'va never actually driven one. I am convinced that if I get on one, I am going to have an accident and end up with broken legs or worse.

Yesterday, we were in Como. Manish had come from Delhi for an overnight stay and was going to catch a flight for Spain from Milan. So we accompanied him to Milan and then went on to Como for a walk along the lake. It was wonderful, cold in the shadows, barely warm under the sun, with crowds thronging the path going along the lake.

Laura told us that George Clooney has asked the permission to clean the beach in front of his house (or rather houses, since he has bought three villas).

They say Bard Pitt is going to get married to Angelina Jolie in one of those houses of Clooney in the next spring (if they manage to stick around till then!). Any way, Clooney is a favorite with the locals - he brings all the tourists from USA, they say. And tourists, may be noisy and dirty, but they mean business. Plus people can brag about meeting Julia Roberts or Madonna, buying apples and organges at the local subziwalla.

Along the river, in one of the villas, there was an exhibition of old motorbikes. Tha villa had a lovely sculpture called Medusa, dedicated to Giorgio Armani. In between the old statues there were old bikes. Bikes from fifties, sixties and seventies. Old Harley Davidsons and Ducatis. With men walking around as if in a dream, looking at the bikes with such wonder and rapture, sure to make their girl friends jealous. Perhaps imagining themsleves as Jeames Dean or Marlon Brando.

Bikes have that power. Even prince Williams had got himself photographed with a motorbike a la Marlon Brando for his 21st birthday. Last week in London all newspapers had that picture.

Here are some images of the lakeside in Como, including some from the vintage motorbike exhibition. 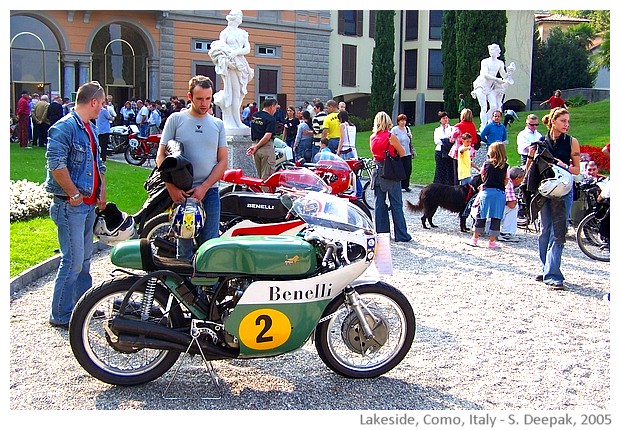 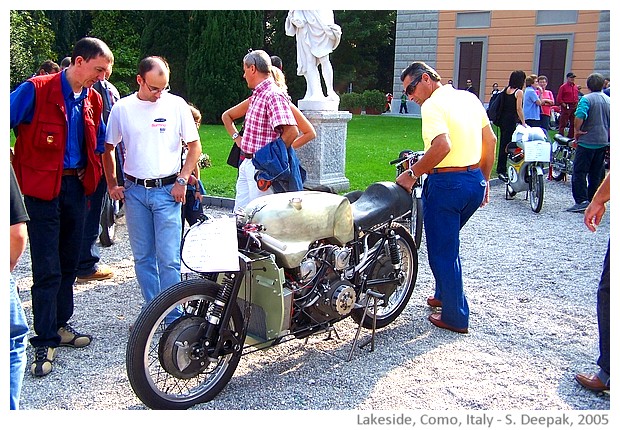 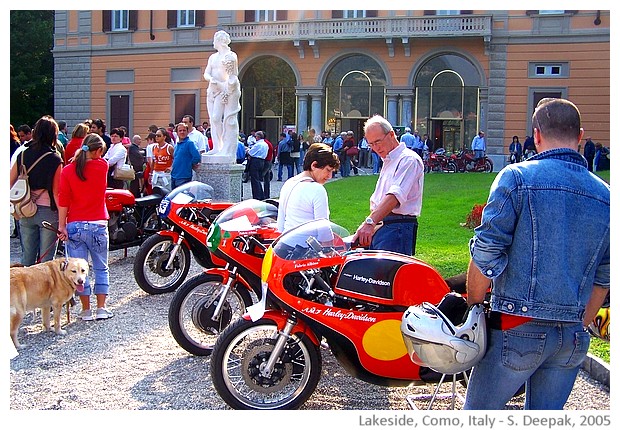 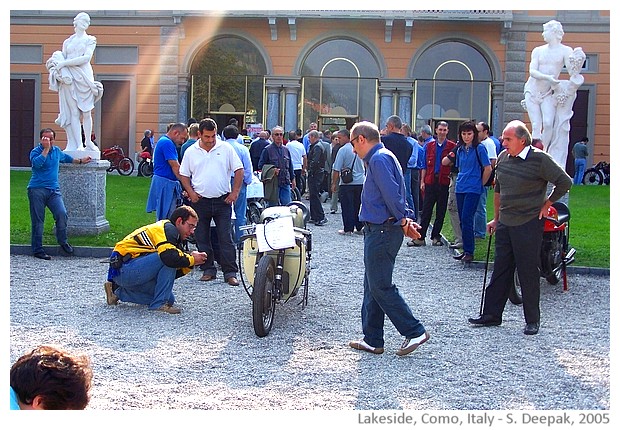 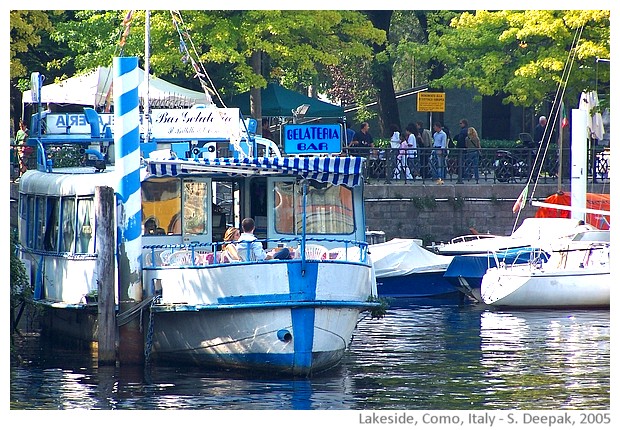 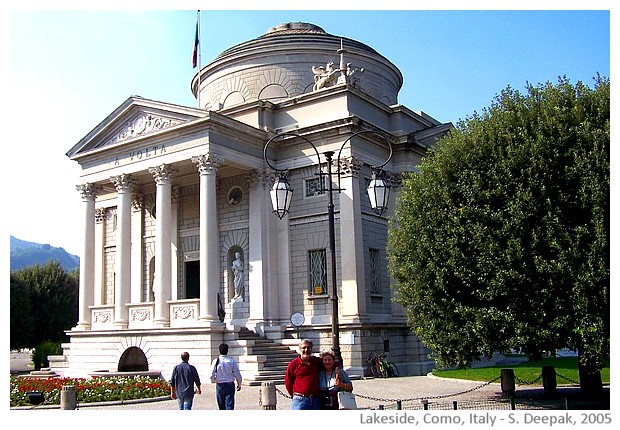 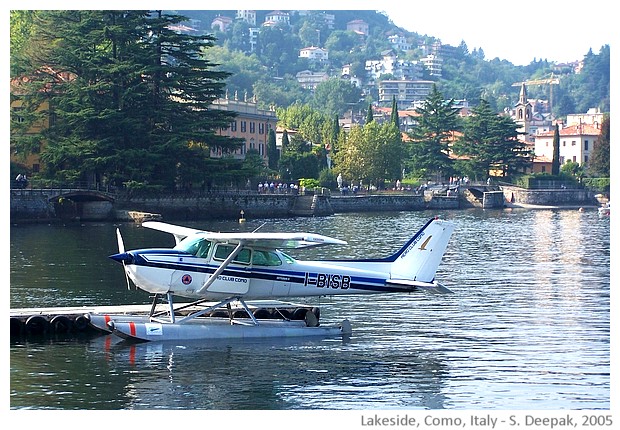 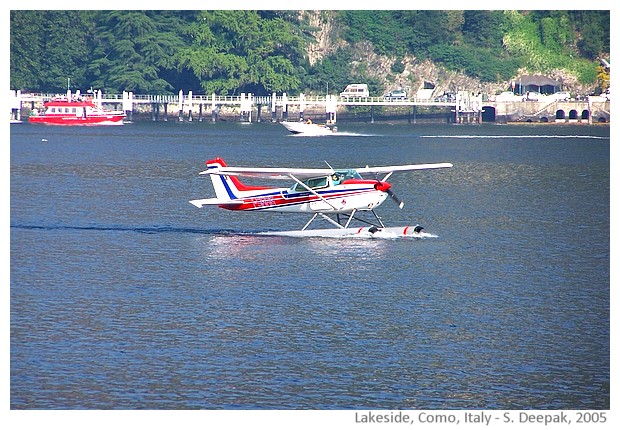 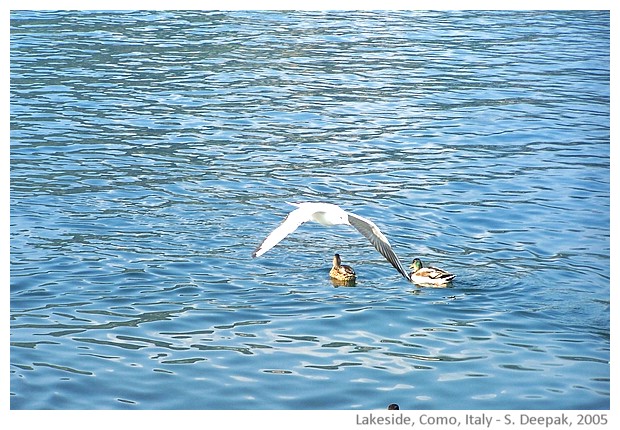 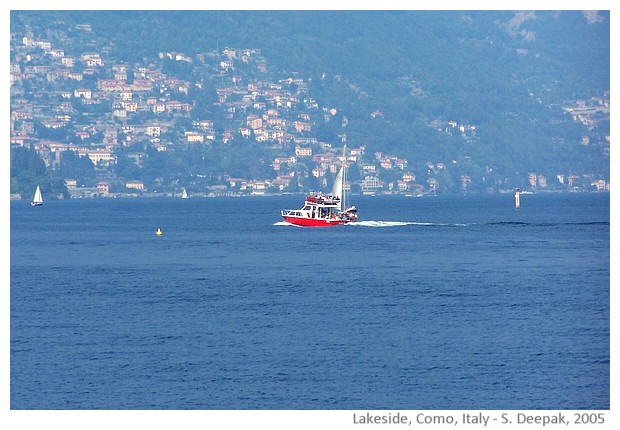 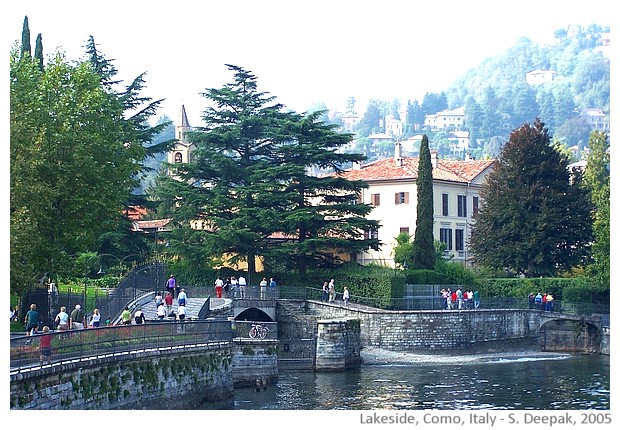