A coincidence brought me a book about Indian soldiers passing through Italy during the last years of the first World War (1917-1919). This post is about Camp 3, the resting camp of the British in Faenza (Italy) based on the information I found in this Italian book by Enzo Casadio and Massimo Valli. 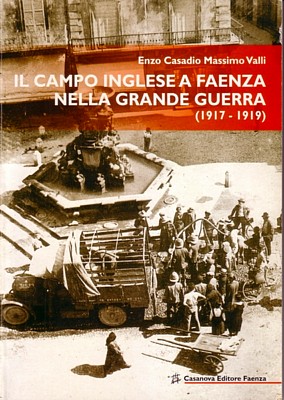 I know that my maternal great-grandfather had been in Europe during the first world war. I had heard the stories of his coming home from the war with a bag of British pounds and how this had brought prosperity to his family. He must have passed through the port of Brindisi or Taranto, because that was the way used by Indian troops for coming to Europe. I don't know if he had stopped at Camp 3 of Faenza, but I would like to immagine that he had been there!

My great grandfather Hiranand (from Karyala, Jhelam district of undivided India - in 1947 this had become part of Pakistan) had died in the 1970s. However, when he was alive, I was not interested in the family history and had never asked him anything about his European experience.

Indian soldiers had been in Italy in both the world wars. During the second world war they had taken part in the war in Italy as shown in the film "The English patient" (1996) where Naveen Andrews had played the role of the Sikh soldier Kip. Different Indian cemeteries in Italy are testimonies to those Indian soldiers, and there are some books about those days. I had visited the cemetery of Indian soldiers in Forli once.

However, there is much less printed material about the Indian soldiers in Italy during the first world war.

Faenza is a small town, about 50 km south-east of Bologna. It is famous for its ceramics.

Enzo Casadio and Massimo Valli from Faenza have done research and written about the history of their town during the second world war. Some years ago, they found about a collection of pictures from the first world war during a casual meeting with Prof. Francesco Emiliani Zauli Naldi.

The Zauli Naldi is a well known noble family of Faenza. The pictures were taken by a British woman called Ethel Graham, who was living with the Zauli Naldi family between 1914 and 1922, as a governess or companion to Ms. Maria Zauli Naldi, mother of Prof. Francesco. He remembers meeting Ms. Ethel in 1930, when she had come to visit them in holidays. Ms. Ethel died around 1939. (Image below: Ms. Ethel Graham with Camp 3 commander and officials in Faenza) 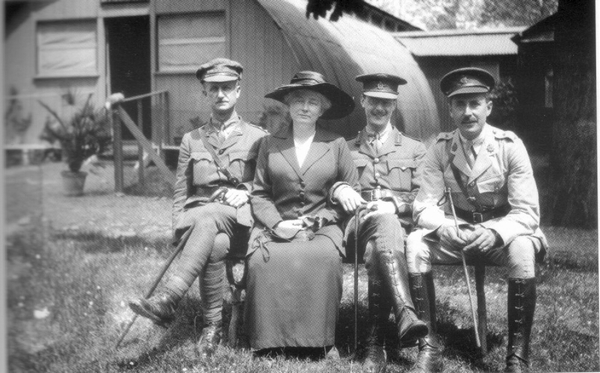 As the only British civilian living at that time in Faenza, Ms. Ethel had access to the British officials and could visit the British Rest camp 3. She also must have been a photography enthusiast and thus could keep a memory of those days in her images.

During the first world war, British soldiers were engaged in wars in France, Italy, Turkey, Balkans and middle east. Persons from the British colonies around the world were also involved as part of the British troops. Transporting troops from one war front to another through the British ships had become difficult because of the threat of German and Austro-Hungarian submarines. Thus, train travel through France and Italy to the port of Brindisi and Taranto in south of Italy, and then with ships through the Suez canal up to Bombay was preferred. It also reduced the journey time.

After reaching France, the British troops started their journey in Cherbourg, called British Camp 1. The end stop on this journey was the port town of Taranto in Italy, called British Camp 4. On the way, two rest camps were set up, where soldiers could get hot meals, take bath and receive medical care - Camp 2 in St Germain au Mont d’Or near Lyon in France and Camp 3 in Faenza.

As the number of persons increased, additional smaller satellite camps were set up in many other cities, towards the south up to Pescara and towards the north, up to Bologna.

Among the famous persons who passed through the British Camp in Faenza, there was colonel T. E. Lawrence, better known as Lawrence of Arabia, on whom David Lean had made his famous film in 1962.

The camp for Indian soldiers was set up in Piazza d'Armi (The Armaments square, today it is Bucci park between Via Marozza and Via Oberdan), not far from the Faenza railway station.

Compared to the camps for British officials and troops, which had more decent houses and shacks, Ethel's pictures of the Indian camp show open spaces with soldiers making tea and cooking chapatis on makeshift chullahs. In the background some tents can be seen in a group. The pictures were probably taken in summer, since the Indian soldiers can be wearing dhoti, half-pants and shirts.

According to the research done by Casadio and Valli, there was a group of Santhals among the Indian soldiers, who had built the canals for draining the camp and then divided the camp in separate areas so that persons of different castes could live and cook in separate groups. They had also built the Tennis court for the British officials.

From the pictures taken by Ethel Graham presented in the Casadio-Valli book, two are presented here. In the first image, a group of soldiers pulling a carriage through the city centre, probably to collect water from a fountain. The second image shows soldiers cooking chapatis. 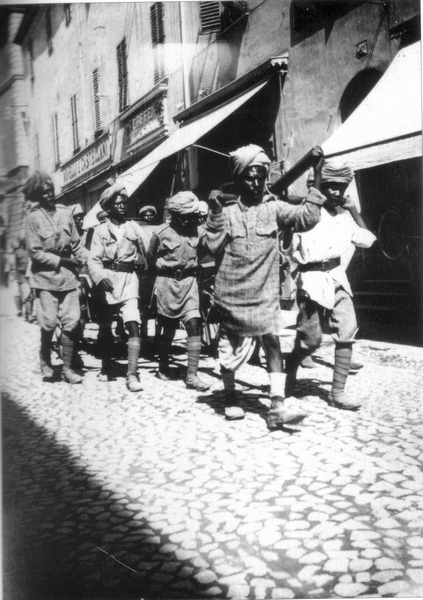 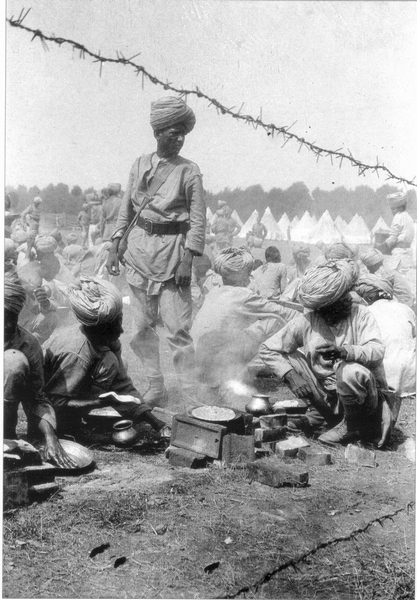 History remembers only empires and the powerful kings and queens. So much of our recent history remains forgotten, especially in terms of lives of ordinary persons. How many Indian soldiers died in Europe during the first world war, and who were they - who knows and who remembers it today?

Personally I find it very moving to come across images that tell something about those nameless figures who had travelled to far away places. Some like my great grandfather had come back to India to tell the stories, others must have died in the war.

If you wish to get this book, it is called "Il campo inglese a Faenza nella grande guerra (1917-1919)" (The British camp in Faenza during the big war 1917-1919). It is written by Enzo Casadio and Massimo Valli, and published by Casanova Editore Faenza.

I also wish to thank notary Paolo Castellari of Faenza, who shared this book with me.

Thanks also to Richard Burton for the correction of location of Camp 2 and for sharing the memoirs of his father Philip W. Burton, a signaler in the British army during WWI.