Spanish film director Pedro Almodovar’s film “The skin I live in” (2011) is inspired from the 1984 French novel "Tarantula" by Thierry Jonquet. 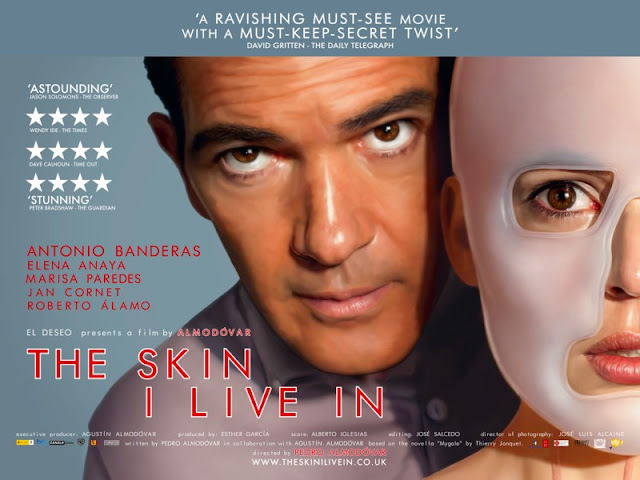 Almodovar is known for his complex themed films that remind me of complicated jigsaw puzzles where the things are never what they seem and a new surprise is just waiting for you at the next turn. His films also are about sexualities, especially alternate sexualities, and usually have a generous dose of shocking sex scenes. This film also follows these rules.

I have to confess that often Almodovar’s films make me squirm and feel embarrassed. There are times when I wish I could fast forward them.

Recently I watched “The skin I live in”. I found it deeply disturbing and provocative, forcing me to rethink on many issues.

Just a warning for those of you who have read so far – Almodovar specialises in being politically incorrect. Thus if you get easily excited or upset, you might not like to continue reading this. If long and crude sex scenes embarrass you, avoid this film. And finally, if you intend to watch this film, then be warned that this article contains a lot of spoilers.

Robert (Antonio Banderas) is a plastic surgeon. His wife was having an extra-marital affair with a man called Zeca. In a car accident, his wife had severe burns while Zeca manages to escape. Robert manages to save his wife but her face and body are severely disfigured. One day she sees herself in a mirror and disgusted, commits suicide.

Robert’s daughter Norma sees the suicide of her mother and becomes emotionally disturbed. She is admitted in a psychiatric hospital. One day when she is slightly better, Robert takes her to a party, where she meets a good looking young man called Vicente (Jan Cornet) and they go out in the park. Few minutes later, Robert worried about his daughter goes out to look for her and finds her unconscious. His daughter is in shock, is afraid of men and thinks that her father had raped her. Soon after, she commits suicide.

Robert kidnaps Vicente, keeps him as a prisoner, does surgery on him to remove his genitals, gives him female hormones to make him grow his breasts, gives him facial remodelling surgery to make him look like his dead wife and tortures him psychologically till Vicente agrees that he is now a woman called Vera (played by Elena Anaya).

Robert’s old time governess Marilia (Marisa Paredes) is the only one who knows about the existence of Vera and has some contact with her, though even she does not know that Vera was actually Vicente and was kidnapped. Vera is deeply unhappy and tries to commit suicide many times.

One day Marilia’s criminal son Zeca, who had had an affair with Robert’s wife, comes to meet his mother. When he sees Vera looking exactly like the woman who had died in the car fire, he ties his mother and enters Vera’s room and forces her into sex.

Robert comes home, sees Zeca in Vera’s room. He kills Zeca and throws his body in a swamp. However, seeing Zeca with his wife’s look alike Vera, reminds him of the past and he also seeks sex with Vera. (Image below: Zeca is surprised to see Vera's face) 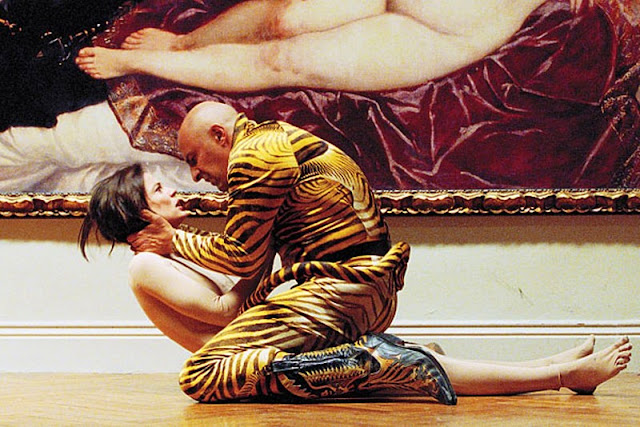 Vera now starts acting like a woman, wins Robert’s confidence and then when he starts believing in her and is disarmed, kills him and Marilia.

Finally Vera can leave the prison created by Robert and go back to her family.

I don’t think that it is useful to look for realism or believability in the plot, because that is not the point of the film. However, while you watch the film, it does manage to make it seem believable.

The film does not unfold in the way I have shared its story. It starts with Vera, a prisoner in Robert’s house, on whom he is experimenting a new kind of skin made from pig cells that is resistant to burns. The understanding that Vera is Vicente, comes after about 2/3rd of the film.

However, the film is very provocative and I would like to share some of the things it made me think about.

The punishment for rapists: I am against death penalty, because I don’t think that a state has to kill people like criminals and murderers do. However, for serial rapists and paedophiles targeting young children, I confess that I am in favour of surgical/chemical/hormonal castration.

The film shows a castration punishment given by a father to vindicate his daughter and I have to say it made me very uncomfortable. The film muddies the things about good and bad in different ways – first Vincent is shown as a good looking guy; secondly, he does not rape Robert’s daughter but their sexual encounter is only a misunderstanding because initially she is shown willing for sexual adventure and when she says that she does not want sex, Vicente leaves her. However, since the girl is mentally unstable and emotionally fragile, the whole episode has a big negative impact on her.

Thus, while I watched the film, I felt that castration was a disproportionate punishment for this guy. Perhaps, if the guy was shown as someone older and uglier and had actually raped the girl, perhaps I would have felt differently?

So the film did made me aware about our biases, in the sense that good looking young people are seen differently from older, uglier looking people. Norma's mental illness was another area of bias, it made me look differently at what happens to her in the film.

Identity and gender: The film is about cancellation of the gender identity of a person.

I have read a lot about transgender issues and I have met a few transgender persons. Often, their life stories are about their feelings from a very young age that they do not belong to the gender given to them at birth. They also talk of how this dissonance gives rise to suffering and they strive to look physically and become the gender they feel inside themselves. For this transformation they face society and family’s ire, undergo hormone therapy and surgery. Not everyone understands their desires and needs. 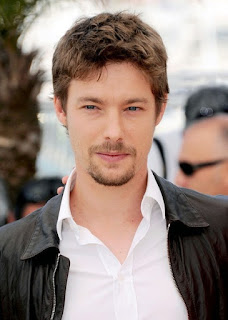 The film touches on these themes from another angle. A guy born in guy’s body and happy being a guy, is kidnapped and forced to undergo hormone therapy, surgery and psychological torture till he breaks down and accepts that he is a woman and is willing to accept sex as a woman. I think that it is much easier for people to understand his suffering. (Vicente in the image on the left)

So does the film help us to understand the sufferings felt by transgender persons by forcing us to look at it from another angle? I am not sure.

Sexuality as a learned behaviour: All the debates about gay and lesbian rights are based on the premise that it is natural to be heterosexual or homosexual, that we are born with our sexual orientation and it cannot be changed.

However the film touches on this issue in an ambiguous way. Vicente, the guy who is forced to change his body, face and voice to become a woman called Vera, does not like to be a woman sexually till Zeca forces him. After this episode, the depiction of Vicente changes in the film – he decides to use his female body to break away from the prison.

But is his sexual use of his female body just a ploy or is it because his gender lines are blurred and he starts feeling like a woman and likes the woman’s sexual role? The psychological change in Vera is shown by her immersion in yoga, both as an exercise for body postures as well as meditation to deal with her trauma - thus yoga is part of his femminisation exercise.

When the film ended, I was not sure if Vicente/Vera would continue to live like Vera or would like to go back to being Vicente (at least in clothes and behaviour, if not genitally) or may be both - be sometimes Vera and sometimes Vicente?

This confusion is reflected in deciding the pronoun to be used while talking about Vicente/Vera – are we talking of a He or a She and if there is blurred boundary between these two as well.

As I have written above, the film is very disturbing because it touches on taboo issues in an unconventional and politically incorrect way. Even after a few days of watching the film, I continue to think about certain aspects of this film.

If I watch it again, probably I would understand it better because knowing the backstory about Vicente’s kidnapping and forced surgery would give a different meaning to the whole first half of the film.

However, I don’t think that I am going to watch it again, though the film was premiered at Cannes festival in 2011 and it won different awards. Probably they did not find it as disturbing, as I did. Perhaps one can just watch it in a superficial way, as a horror film with surprises and twists in the plots without posing any of the questions I have posed above.